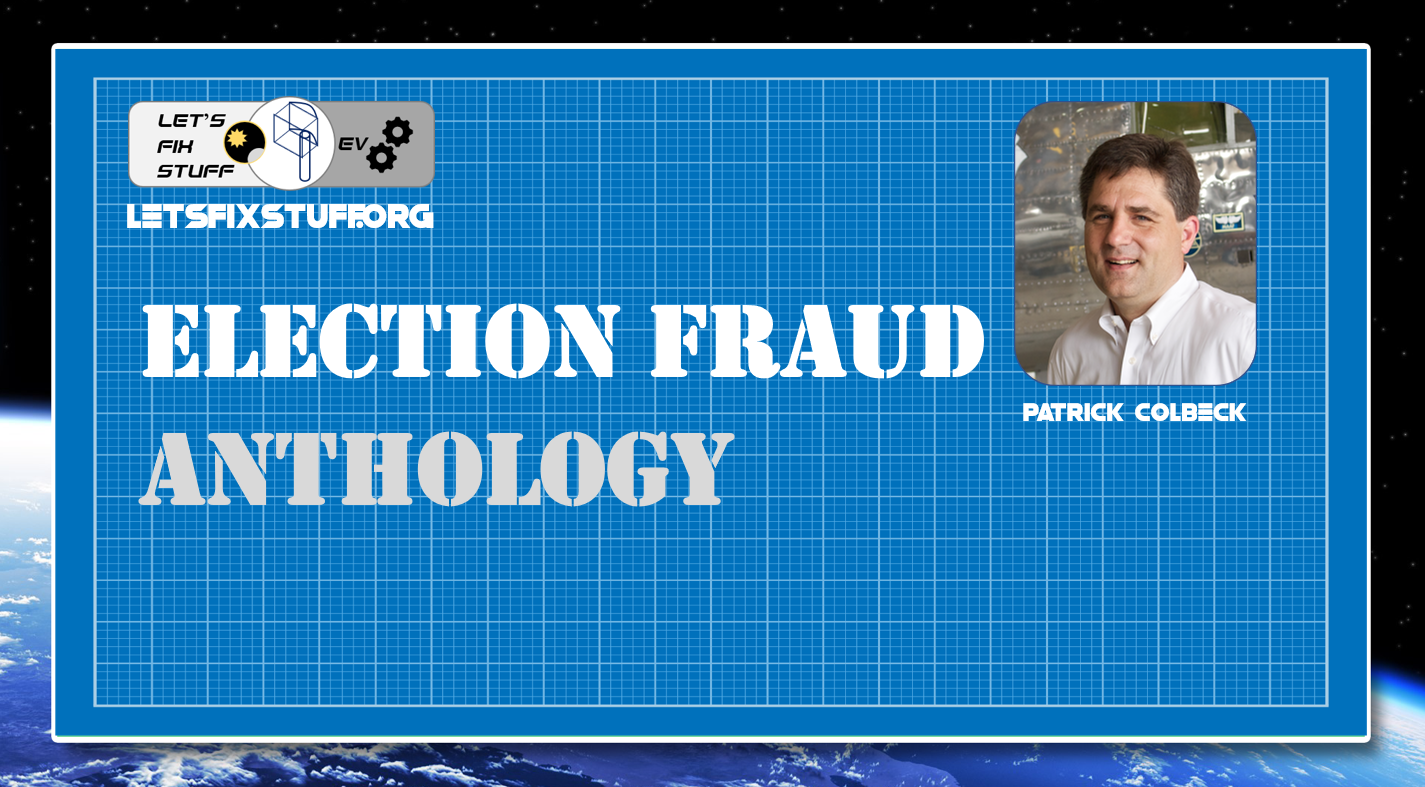 I’ve put out so much information related to election fraud that I thought it might be a good time to compile an anthology of sorts to make it easy for Let’s Fix Stuff supporters to access and share with your network.

Additional information on election fraud can be ascertained via my various testimonials on what happened during this election.

Anyone who still believes that there is no evidence of election fraud is either willfully ignorant or complicit with a coup.

4 thoughts on “Election Fraud Anthology B1.0”