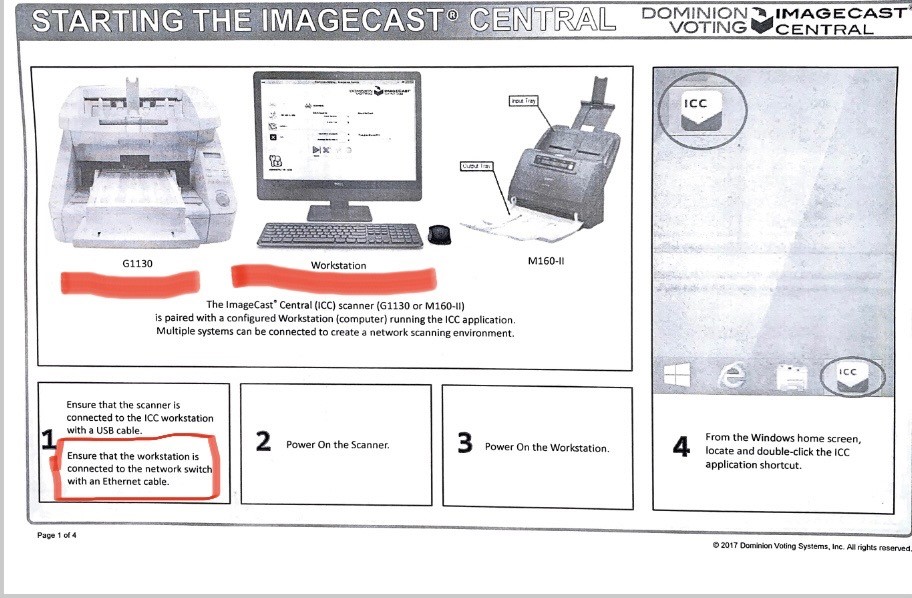 The following questions should have been asked during today’s hearing but weren’t:

Subsequent to the MI Senate hearing held at 1pm, a Joint Oversight Committee Hearing was held with both Senate and House representatives. This second hearing was adjourned after subpoenas were issued for election data from the City of Livonia and the City of Detroit.

These are all excellent questions deserve answers. Is it there any way for you to get these questions to the appropriate committee so they can be asked? In today’s hearing Sen McBroom put it out there that the guy from Dominion could be called back in to answer further questions…

They were submitted to committee members.

Mr. Poulos spent a lot of time talking about the equipment used to process Antrim County absentee ballots. From what I gathered, it was a ‘tabulator only’ setup where the USB drives/cards saving the voting data were securely locked in the tabulators until after polls had closed, the closing tabulator tapes had been printed, and the data card security seals had been cut. It seems to be a relatively simple ‘configuration’, more or less the same as used for in-precinct voting. However, it still requires exact coordination between the ‘ballot configuration card’ and the precinct-specific ballots to avoid ‘reporting errors’.

As you have outlined in other articles, the tabulation equipment configuration used at the TCF Center was much more complex. Mr. Poulos did his best to avoid volunteering details for that configuration. I was frustrated that the line of questioning was not yielding what I had hoped for, so I called my State Senator’s office and asked to have a few of my questions relayed to the Senators in the meeting. I was able to relay the first three to the staff member that answered the phone. Unfortunately, the hearing ended only a few minutes later.

I am concerned that use of ‘shared resources’ to support the 134 counting boards at the TCF center means that the USB data storage and ballot configuration drives may not be secured and sealed, and protect against disclosure against ‘early’ tabulation reporting, as is required by law.

At the conclusion of the hearing, Mr. Poulos’s representative offered to respond to additional questions per written requests. Do you suggest we forward our questions to our Senators for inclusion in material to be sent to Mr. Poulos? Also, I had made some particularly long comments to your ‘Election Fraud In Michigan’ posting. They are still marked as ‘in review’ Were the points I raised valid? They include arguments of likely state-wide election law violations that I have not seen explained elsewhere, and I just want to make sure they are not being overlooked.