Never in the Field of Human Conflict… 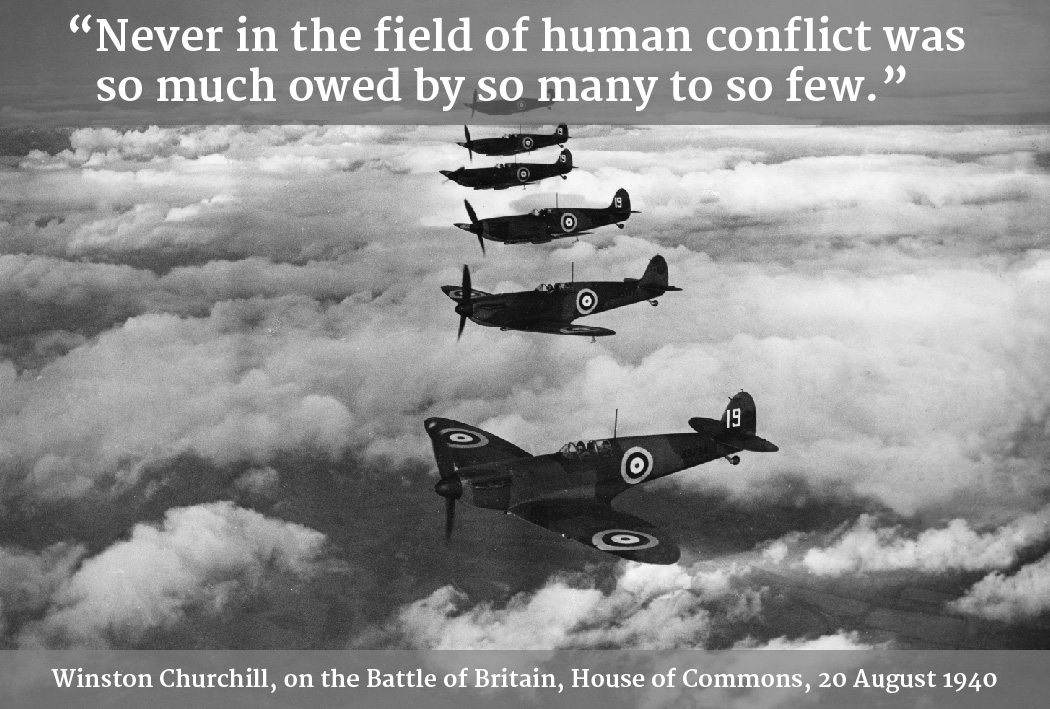 He expressed the gratitude of all of the citizens of Great Britain, and, by extension, that of the free world for the sacrifices of those who served in the British Fighter Command.

I would submit that the same words of gratitude apply to an equally small group of patriots in America as they face a withering onslaught by those who seek to fundamentally transform America.

These patriots are tired, overworked, and many are cheerfully performing their tasks at hand without any compensation whatsoever except for the opportunity to protect this land of liberty for future generations to enjoy.

Instead of bombers, today’s patriots face wave after wave of false narratives from the media.

Instead of the threat of an amphibious invasion by a godless enemy, today’s patriots face subversion from within by those who have long since succeeded in pushing God from the public square.

Who are these patriots you ask?

You see some of them featured in stories by what used to be referred to as “Alt News” but now is increasingly the only source of real news.

You see many of them providing sworn affidavits asserting specific examples of election fraud under penalty of perjury.

You see them testifying before state legislators only to have their lives, their livelihoods and their family members threatened as their home addresses are released on the internet.

Some you may never see. They work quietly behind the scenes to connect the dots of a complicated scheme of election fraud whose ultimate aim is an attempted coup. They hold nightly prayer vigils imploring for the truth to be revealed and for the defense of those with righteous pursuits.

While many sit on the sidelines lamenting the cancellation of the Ohio State-Michigan football game, those who are paying attention to this moment in history realize that we are in the midst of an epic struggle the result of which will determine not only the course of American history, but the history of the free world.

We would all do well to turn off the sitcoms, sporting events and fake news so that our attention would be dialed into what is perhaps the greatest conflict of our times. America is under attack.

Much as with 9-11, years from now, you will be asked “Where were you?” during this point in history. I for one seek to be counted among those pursuing relentless defense of America against this attempted coup.

Well said, Sir. You have been a valiant warrior in this sham of an election. Thank you for all your efforts, your principled leadership and your love of our country. May God continue to bless her in the coming months and years.