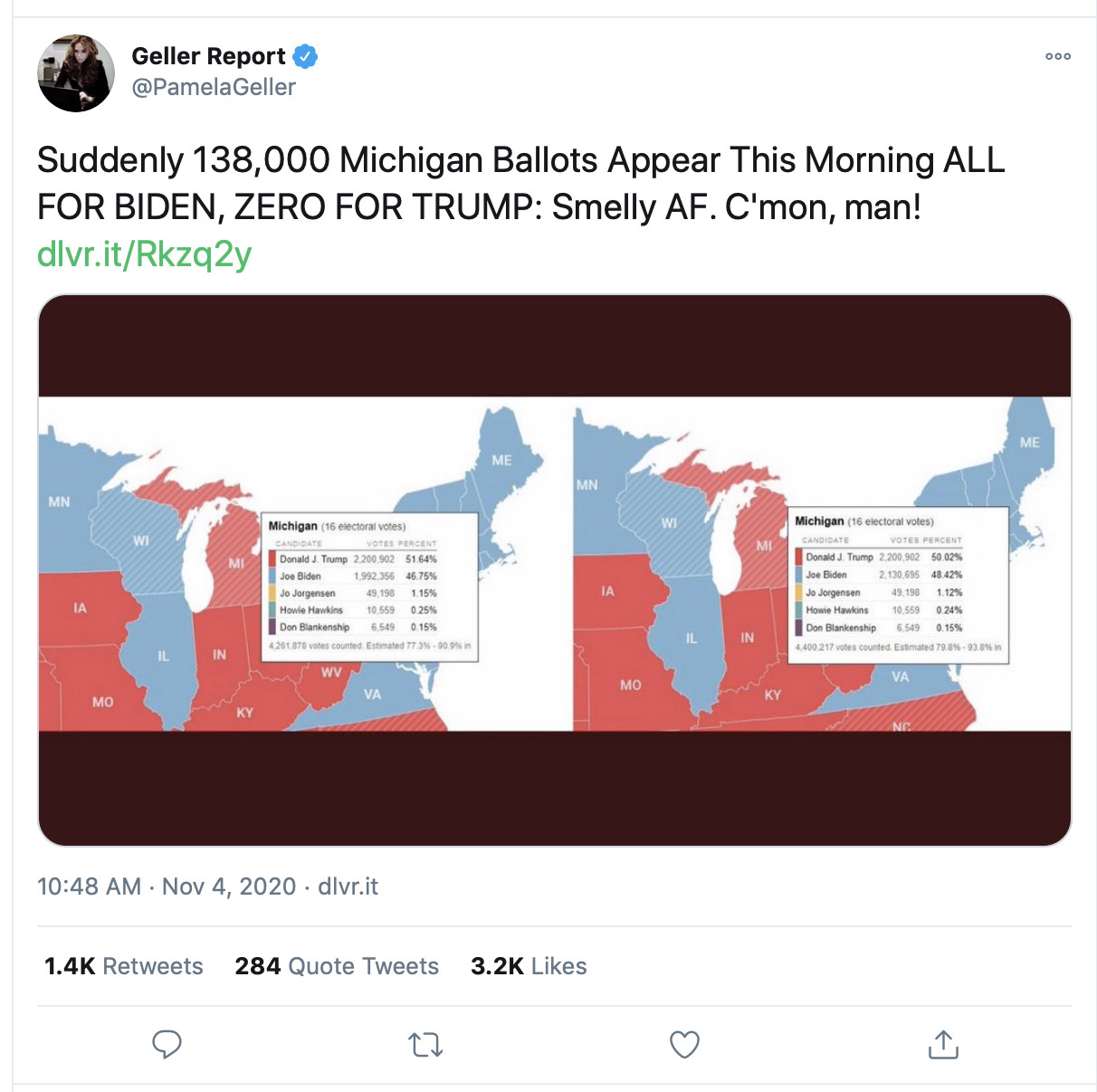 So, how exactly did President Trump lose 138,339 Michigan votes in the matter of a screen refresh? At this time, I can’t say for sure, but I have my suspicions after serving as a Poll Challenger for the Election Integrity Fund from 5pm, Tuesday November 3rd to 5:30pm, Wednesday November 4th.

COVID policy played a significant role. Governor Whitmer and Secretary of State Benson leveraged the crisis to fan the flames of fear and introduce policies that obfuscated election oversight. Detroit Election officials embraced these policies in a concerted effort to interfere in the effective oversight of the election.

What are some examples of election integrity subversion?

Opinion: COVID can’t be an excuse for subverting election integrity

Is it possiblle the Michigan legislators are not stepping up because they are complicit in the steal and don’t want to be ousted and criminally charged? They better step up or 73 million plus of us are going to believe they are also corrupt.

Also, in regards to the dem legislators that brought up problems with the Dominion machines… The question. Is didn’t they already know Hilary stole the primary election (and planned to steal the prresidency from Trump) right from Bernie, ergo which means they were asking to have the machines not used bc of that? That would explain their silence now.

The apples are falling… Any push back from any one in government (Romney,we know who you are now) against transparency should tell us they are also dirty, Republicans and Democrats alike!

These so-called “Republicans” are plants, if there is no pushback. The only way to recuse yourself as a legislator is to step up and speak out forcefully against voter fraud!

Sidney Powell, each legislator who doesn’t cooperate fully, criminally, go after them first please!! They are actually showing their hand of who they are by not doing so

Two and a half minute segment of Senator Colbeck’s ‘Precinct 13’ interview, where he explains why it is very concerning that the military ballots were not processed until the morning of 4th November, at a time when there were few if any Republican poll challengers to observe the process, despite poll workers being available to do the job at the earlier time when observers were also available: https://youtu.be/jx2jVg655Mc

They knew damn well few people in the military would vote for Biden. They were running some ballot switch software that only affects the president candidate box. Would be the only logical explanation.

What amazes me most is that I only know 2 people that brag about voting for Biden out of the thousand plus people I know. Yet Biden had more than 50% no way.

Mr. Colbeck,
The numbers just do not add up. Testimony recently given to the (Dec 8) Michigan Senate Oversight committee indicated that there were only two shipments of ballots to the TCF center. The first was on Sunday afternoon Nov 01 2020, and included 140,000 absentee ballots. The second (and last, per testimony) was for a maximum of 16,000 absentee ballots at 3:30am on Wednesday Nov 04 2020. I may need to have my math double-check, but that would be only 156,000 absentee ballots. Per Wayne County official results, the total TCF Center (AVCB) reported number at the end of counting was 174,384. This would mean there were >18,000 more ballots cast than shipments into the TCF Center, per testimony. I realize that it is possible that the military ballots were not included in the ‘second absentee ballot’ shipment number. I found some data online that indicates that there are ~26,000 military affiliated people in michigan. Even if 10% were from detroit, which seems like it might be a high estimate, I would imagine, that means there would only be ~2,600 military ballots to process. Where did the ‘extra’ >15,000 ballots come from?

As far as I can tell, the military data is from 2017 at the following site:
https://www.governing.com/gov-data/public-workforce-salaries/military-civilian-active-duty-employee-workforce-numbers-by-state.html

The Detroit Free Press Article was online at:
https://www.freep.com/story/news/politics/elections/2020/11/03/detroit-voter-turnout-highest-decades-election-officials/6152193002/
It is possible my analysis is fatally flawed, and it definitely deserves further scrutiny. Just wanted to pass it along in case the discrepancy is real and as of yet has been overlooked. I was going to scour through the Wayne County official precinct by precinct results to see if there was more info that could help substantiate it.

Mr Colbeck,
I listened to the testimony at the MI Senate Oversight Committee again. I may have jumped the gun with the previous message. I missed a claim that additional shipments were made to the TCF Center on Monday and Tuesday, before the ‘final’ shipment of 16,000 absentee envelopes early Wednesday morning. The size and number of these shipments was not specified. However, it still does not align well with the Free Press citation of the Clerk’s statement on Election Night (Tuesday) at 7:30 PM (i.e. 120,000 ballots received at the TCF Center at that time).

Sorry for the false alarm,
Lou

Mr. Colbeck,
First a disclaimer – my analysis may be fatally flawed, and should be subject to scrutiny and verification. If some of the material (i.e. screenshots) does not make it through to the post, I will try to email the rest. I think it is an important set of observations….

I think it can be argued that many of the ‘Republican Challenged’ ballots at the TCF center were processed unlawfully. To paraphrase statements from the Detroit City Clerk’s Senior Advisor Testimony at the recent (Dec 08 Michigan Senate Oversight election hearing – “there is no reason to not count any absentee ballots whose outer envelopes had been signature verified by the clerk”. This may be consistent with training material provided by the SOS (see screen shots below), but I believe it is contrary to statute. The issue is in the handling of absentee ballots received with incorrect or missing (numbered) stubs. The SOS guidance is that they are to be processed as ‘challenged’ ballots – which essentially means a note is to be made in the EPB, and the ‘voter number’ is written in pencil on the ballot before the stub is removed and the ballot is further processed and tabulated. I guess it is unclear if the SOS guidance was followed in all cases, but it is more important to note that this guidance is contrary to statute.

MCL 168.745 provides guidance on how to process challenged ballots
“…168.745 Ballot of challenged voter; endorsement, rejection.
Sec. 745. Whenever at any election the ballot of any person who has been challenged as an unqualified
voter and who has taken the oath provided by law in such case to be taken shall be received by the inspectors
of election, said inspectors shall cause to be plainly endorsed on said ballot, with pencil, before depositing the
same in the ballot box, the number corresponding to the number placed after such voter’s name on the poll
lists without opening the same: Provided, That in case a ballot shall be so folded, defaced, printed or prepared
that such number cannot be legibly and permanently written on the back thereof, said inspectors shall refuse
to accept such ballot…”

I guess the key point is that per the Clerk’s Senior Advisor’s testimony, and challenger observations, numerous (invalid) ballots with incorrect or removed stubs were allowed to be tabulated. Keep in mind that even if this were to affect ‘thousands’ at the TCF Center, it would not be nearly enough to call into question the overall election results. However, as these are SOS instructions given to all counting boards, and the absentee volume was so much higher this year, it is possible thousands if not tens of thousands more could have been improperly processed state-wide.

The other inconsistency is with respect to voters that had to have their names ‘added’ to the EPB. This is an acceptable practice, but requires that the Election Inspector first call the Clerk to verify the validity of the ballot. This is how they are supposed to be handled in precintcs, and is stated in training material (EPB_Manual_Win10_526477_7.pdf). The key point is that a clerk is supposed to be consulted before the ballot is processed. In most cases, it is the result of a voter being registered after the EPB was created on Sunday afternoon (Dec 01).

If the assertions from my previous post are correct, it should be relatively easy to identify the state-wide impact. Under an assumption that SOS guidance was followed for the bulk of the affected ballots, the electronic poll book (and QVF paper supplements) used in each of the counting boards would provide a record of all of the ballots challenged for missing or incorrect stubs. Additionally, all of the tabulated ballots (i.e. currently sealed in ballot boxes) should have ‘voter numbers’ written on them – per challenge ballot handling instructions. It should be noted that the presence of correct ballot stubs is one of the few ‘chain of custody’ verification mechanisms available for absentee ballots. If not, why would they they be there in the first place. 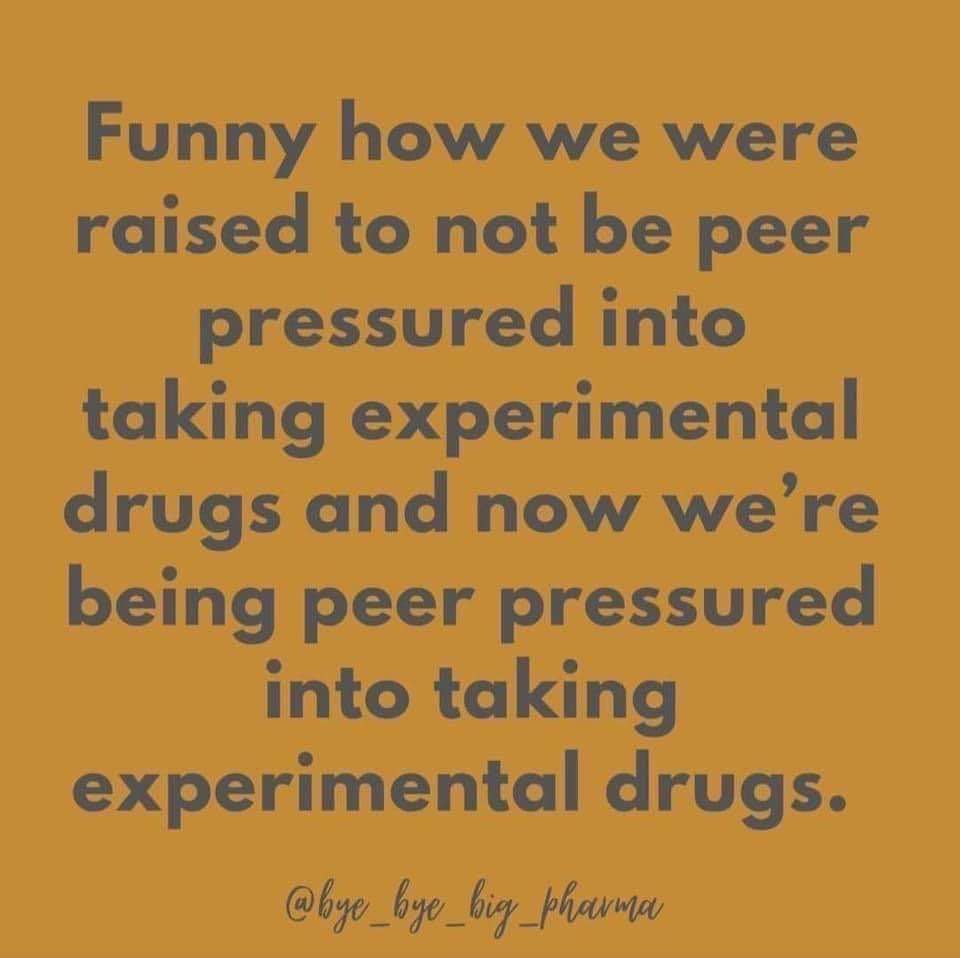