Only Off By One 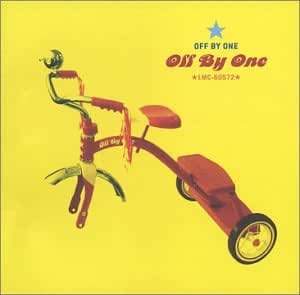 On August 4th, 72% of the voting precincts in the City of Detroit did not balance (i.e. number of voters tracked in poll books did not equal number of ballots counted).  While there were a total of 487 precincts which did not balance, 205 of these precincts were only off by one vote without any explanation.  No big deal, right?  Wrong.  When a precinct is not “balanced”, the precinct is not subject to recount.  Once a vote is tabulated, you don’t know who voted and who didn’t.  If a precinct is not subject to recount, it is an invitation to insert or delete ballots at will.

Recall what happened during the 2016 Presidential race?  Jill Stein requested a recount in Michigan.  In one precinct,  306 votes were registered in poll book, yet there were only 50 ballots in the machine.  Did a poll worker find a ballot they like and ran it through the machine 256 times?  Were 256 ballots misplaced?  No matter how you cut it, this precinct couldn’t be recounted.  Its vote tally could not be changed.  This is a powerful invitation to fraud.

Balancing is not the only concern.  My good friend Bob Cushman served as a Poll Challenger from 6:50 am on August 4th to 5:10 am on August 5th at the absentee vote counting board in the TCF Center in Detroit.  Bob is a fellow engineer and he is VERY detail oriented.  Per his signed affidavit shared with election officials throughout Michigan, he witnessed the following:  counting of ballots at tables without poll books, pages being inserted into poll books, a vehicle backed up from an open garage door to the facility with Ohio plates inside the counting area, and, the coup de grace, an announcement by election officials at around 2 am to “open every envelope, separate the ballots, and place them into the trays to go to the tabulators” (i.e. voter identities were not verified for ballots “processed” after 2 am).  Approximately 76,000 ballots were processed in total at this counting board.  It is difficult to discern how many of these ballots were counted AFTER poll workers were directed to cease verifying voter identities, but Bob estimates the number to be greater than 10,000 ballots.

EVERY precinct should be balanced.  There should be ZERO discrepancy between the poll book count and the ballot count.  Election integrity is important.  Elections decide who makes our laws; who executes our laws; and who judges compliance with laws.  In 2016, the Presidential race in Michigan was decided by 10,704 votes…roughly on par with the number of ballots for which the voter identity was not verified on August 4th.

This is serious business.  It is about time that our election officials honored those who have died protecting our right to vote and start executing our election process with the integrity it deserves.

Elected Officials Letting You Down? Insurance Actuaries to the Rescue!