Anatomy of a Coup 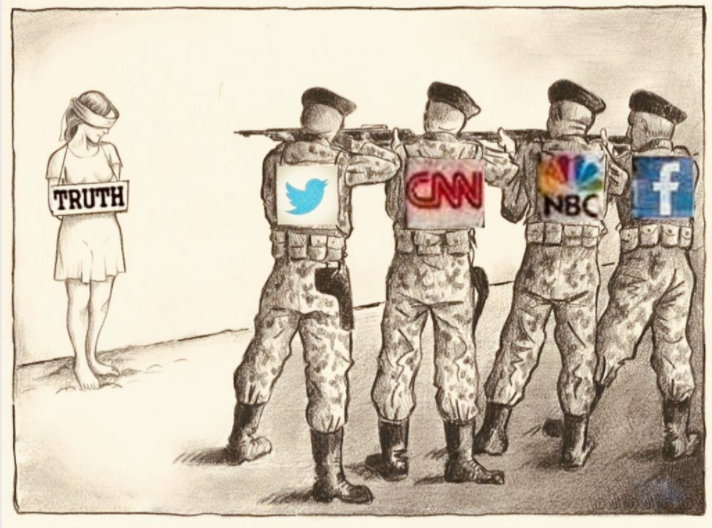 During election night in Philadelphia, registered Democrat Brian McCaffrey, a Poll Watcher at the Philadelphia Convention Center Counting Board, capture a video testimonial in which stated “this is a coup against the President of the United States of America”.

So, what are the typical characteristics of a coup?

Do you see evidence of any of these coup characteristic in America? Let’s take a closer look.

Before we can understand if there is evidence of “Funding the Opposition”, we need to understand exactly who “the opposition” is. To be fair, there has always been significant discord between opposing political parties. Differing political views alone is not sufficient to justify the declaration of an attempted coup. Regardless of political party, what has unified us through the years has been our United States Constitution. Our Constitution is the foundation of our constitutional republic.

In 2008, five days before Election Day, President Obama remarked “we are five days away from fundamentally transforming America.” I would submit that such a statement seems to suggest that he intends to fundamentally change our system of government…without any reference to Article V. This is exactly what happens in a coup.

During his two-terms as President, it is clear that he did indeed transform America to a significant degree. Since his presidency, however, his efforts and the efforts of his allies in this pursuit have not subsided. In fact, his “grassroots” Organizing for America group ramped up as the Obama Administration ramped down. Donors to this organization are difficult to trace, but include a significant number of “well-healed” leftists.

Then, there are Marxist organizations such as Black Lives Matter which are funding by the Chinese Communist Party. This organization has been responsible for significant unrest across America. Its influence extends to corporate boards and pretty much every professional sports league in America.

Additional leftist funding sources include Mark Zuckerberg’s $250M plus injection into the 2020 Election, George Soros, the Clinton Foundation, and the Bill & Melinda Gates Foundation…just for starters.

You may have not have heard much about them in the media, but there have been assassinations of those who oppose the fundamental transformation of America.

Case in point is the story of my personal friend, Phil Haney. Phil was probably one of the most ardent opponents of President Obama’s efforts to “fundamentally transform America”. Shortly before he planned to release a new book with information on President Obama’s activities, he was “suicided” near his home in Sacramento, CA.

Then, there is the “suiciding” of Jeffrey Epstein. If even half of the information Jeffrey Epstein is reported to have access to were to be brought to light, the fundamental transformation of America crowd would have a significant public relations crisis not to mention a whole host of legal crises.

And then there are the more transparent calls for violence such as that made by MI State Representative Cynthia Johnson.

In addition to these examples, there are countless examples of “character assassination” for anyone who dares to stand up against the narrative of the coup agents.

Prior to the COVID outbreak, the United States was experiencing tremendous economic growth.

What Happened to the Economy Under Trump Before Covid and After

Since the COVID outbreak, the economy was all but shut down by Governors abusing their authority in response to what has been characterized as a global pandemic.

2020 is the year that American journalism died.

Traditional media outlets all parrot the same talking points be it their “Casedemic” mantra regarding COVID or insistence that “Joe Biden is the President-Elect”. Any narrative counter to these assertions are met with outright censorship or ridicule.

Perhaps there is no better example of George Orwell’s “Ministry of Truth” in action than the Facebook “Fact Checker” inserts planted into the middle of posts which go against the narrative of the left.

How pervasive is the takeover? Even Billboard companies have refused to post the following ad saying it is inconsistent with CDC guidelines.

Please note that this billboard ad was simply a statement of FACT regarding an October 2, MI Supreme Court ruling.

The latest example of censorship is YouTube’s plans to remove any videos highlighting 2020 Election fraud.

Last, but not least, is the promotion of chaos. For evidence of chaos promotion, look no further than CHOP/CHAZ, Portland, Minneapolis, or Kinosha.

Look no further than the “Defund the Police” efforts across America.

Look no further than the complete and utter chaos known as the 2020 Election.

The only difference between the result of a bloodless coup and armed conquest of America is the death toll to get there. The end game is the same. America’s constitutional republic, our system of government, would no longer exist.

I would submit that Brian McCaffrey was correct in his assessment. There is ample evidence of an attempted coup underway in America. The important question is now “What are Americans going to do about it?”.

Mr. Colbeck you are saying what we American’s have been thinking. Thank you and hope this day finds you well. Hold the line.

Mr. Colbeck,
I think you may be overlooking other statutes that were blatantly violated, and may be easy to demonstrate. In your article from 05Nov (Election Fraud In Michigan), you site:

Per MCL 168.765a(10), “At all times, at least 1 election inspector from each major political party must be present at the absent voter counting place and the policies and procedures adopted by the secretary of state regarding the counting of absent voter ballots must be followed.”

One might argue that the TCF center is a ‘place’, and as such requires only one Republican Election Inspector to be present. It would seem more appropriate if the statute replaced the underlined phrase with ‘at each absent voter counting board’. The specific language currently in the statute may have been drafted as a subtle foil to meaningful transparency at a multi-AVCB ‘location’. I think you are overlooking additional text in the statute section with ties to other sections that mandate more meaningful transparency.
MCL 168.765a(2) states:

“…Sections 673a and 674 apply to the appointment of election inspectors to absent voter counting boards under this section…”.

Excellent analysis, Lou! There are lawyers pursuing this line of legal reasoning. So many infractions, so little time.

You’re a clown if you think the media somehow was taken over in 2020. It’s been taken over for over a century now–get with the program already.

Thank you, LFS/Patrick Colbeck, for these informative posts about the election. The “Donate” button link really suprised me. I do think the Chinese are pawns of the globalists (who decided to move manufacturing out of the US and into China). This important interview with Sir James Goldsmith helps put things in context. https://www.youtube.com/watch?v=4PQrz8F0dBI

I happened to come across the group Secretary of State project and learned of its role in financing Jocelyn Benson. It purportedly disbanded in 2010 but its funders continue to influence.
https://ballotpedia.org/Secretary_of_State_Project
https://www.thedailyfodder.com/2020/12/breaking-michigan-secretary-of-state-in.html
Apparently Benson has been pivotal in educating lawyers in election law:
https://keywiki.org/Jocelyn_Benson
The book she wrote on the role of Secretaries of State as “defenders of democracy” is awfully expensive, for some reason:
https://www.amazon.com/State-Secretaries-Guardians-Democratic-Election/dp/0754677451
Linda Lee Tarver testified that elections Flint, Pontiace and Detroit have been a mess for decades; I’m guessing that Benson will do nothing to improve the situation with education and accountability. Poor, powerless and chaotic cities have their purpose.
Very sobering to learn of Phil Haney. These people mean business.
I have a feeling we’ll be seeing more from Benson. They will run her for governor at some point… unless she’s stopped.