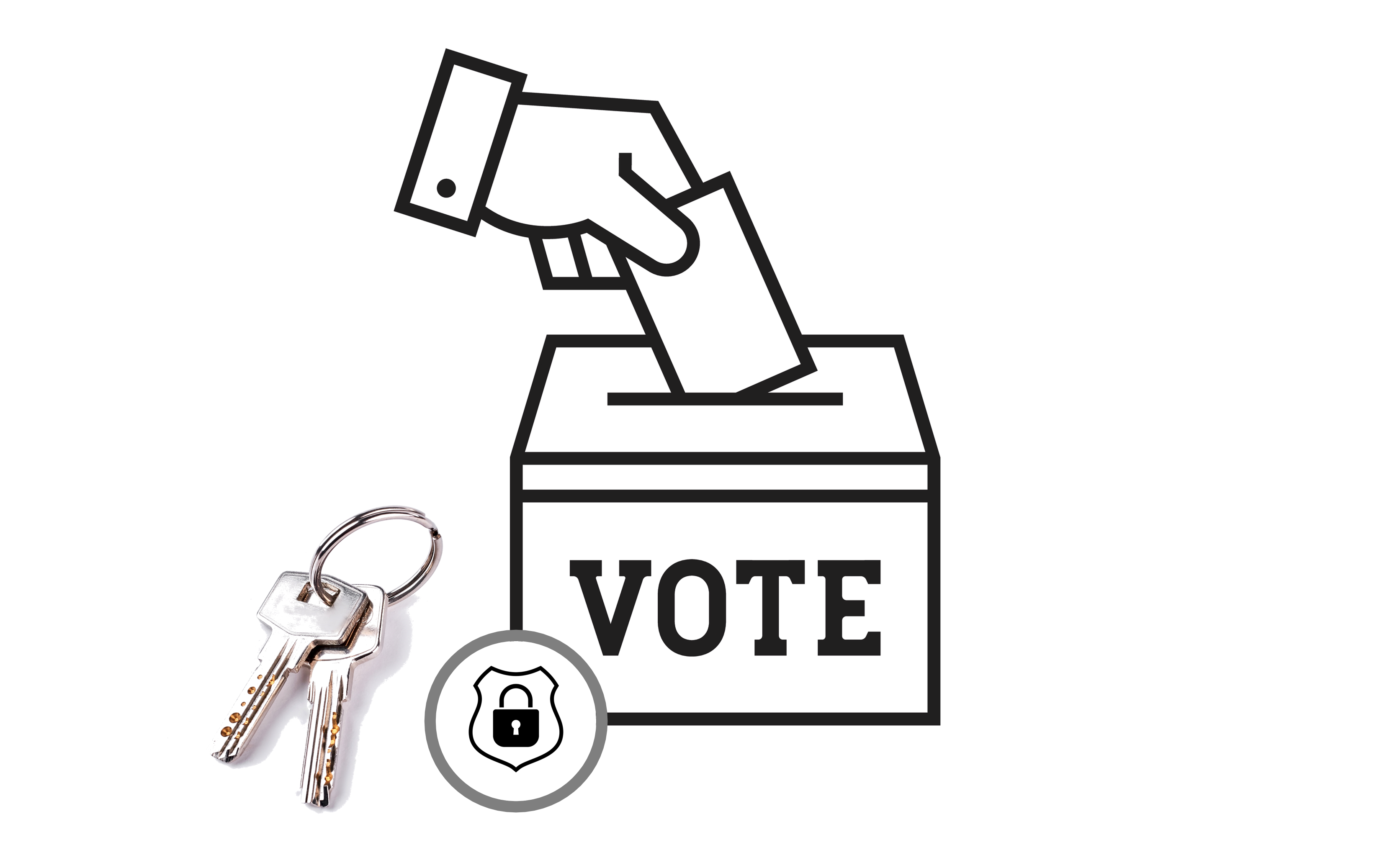 Critical infrastructure describes the physical and cyber systems and assets that are so vital to the United States that their incapacity or destruction would have a debilitating impact on our physical or economic security or public health or safety.

In spite of this designation, many Americans, including myself, have serious concerns over the integrity of our election system.

Why we are concerned and what we can do to assuage these concerns is the subject of this post.

Ever since I was a poll challenger in Detroit at the TCF Center for the 2020 election, I have been vigorously investigating how the integrity of our elections has been compromised. I have compiled a significant amount of evidence as the chart below and its many links to evidentiary materials would attest.

In this post, however, I would like to provide you with the “Cliff Notes” version as a means of better focusing our efforts to secure our elections.

In a nutshell, the preponderance of evidence reveals two primary mechanism by which our elections have been subverted – 1) mail-in ballot stuffing and 2) voting system manipulation.

The movie 2000 Mules by Dinesh D’Souza provides startling evidence of the scale of mail-in ballot stuffing in America. This evidence was painstakingly captured by Catherine Engelbrecht, Gregg Phillips, and others working with True The Vote such as Michigan Citizens for Election Integrity.

They reviewed thousands of hours of drop box surveillance videos from all across the country. Based upon their observations of videos and GPS data in 5 battleground states, they calculated that the mail-in ballot stuffing activities they observed were sufficient to change the results of the 2020 presidential election.

If we operate under the assumption that the vast majority of election workers are honest and seek to execute their job with integrity, they would not allow the insertion of any ballot for tabulation without it being attributed to an eligible voter. Poll workers use poll books generated from state voter registration databases to check ballot envelope and ballot information against the voter records. If this information does not pass muster, the vote is not supposed to be counted. In this light, the voter information captured in the state voter registration is the ultimate arbiter of whether or not a ballot is counted…especially mail-in ballots.

A closer look at the integrity of the state voter registration database (known as the Qualified Voter File in Michigan) reveals startling figures. The 2020 presidential election was decided on the basis of a 2.78% vote margin. Canvassing efforts across just six of Michigan’s 83 counties reveals vote anomaly rates of 4.2% to 6.7% and general voter data anomaly rates averaging 11.4%. Clearly, the anomaly rate in the state voter registration database was significant enough to impact an election reportedly decided by 2.78%.

In spite of this hostile environment, there is still a significant body of evidence in support of claims that electronic voting systems have been used to subvert the integrity of elections in America.

Most recently, an election in Georgia was flipped by an electronic voting system “anomaly”.

Before that, there was the “anomaly” investigated by the Election Assistance Commission that flipped votes in Williamson County, TN.

Before that, Mesa County, CO Clerk Tina Peters took action to investigate the integrity of the records on her election system only to discover the existence of two unique election results databases for the same election. Perhaps even more concerning is the fact that these records were destroyed by the vendor as a result of “maintenance” by her voting system vendor.

Then there is Antrim County, MI. A lawsuit was filed by Antrim County resident Bill Bailey when he observed that Joe Biden was declared the victor initially over Donald Trump in his perennially “red” county. In a county in which a total of 15,962 votes were cast, there was a 7,060 vote flip attributed to a failure to update the programming of the electronic voting systems.

I could go on, but hopefully you get the point. What the electronic voting system vendors and their complicit friends in the media classify as “anomalies” have subverted the integrity of our elections for years with little to no consequence.

The problems with our election security are very real. Now let’s see how to fix them.

For a more exhaustive look into what can be done to secure our vote, be sure to get a copy of my book, “The 2020 Coup: What Happened. What We Can Do” at The2020Coup.com. I apologize for the gratuitous plug, but this book truly does contain very important information for anyone serious about election integrity.

In this post, however, I would like to keep it simple. Let’s focus upon the two key solutions that would have the most significant positive impact for our election security.

Mail-in ballot stuffing is fraud that is inherently difficult to detect. That is because once a ballot has been cast, it is impossible to trace back to who cast it. We don’t know if the ballot was cast by an eligible voter or if an eligible voter had their vote cast fraudulently in their name by someone else.

Some people believe that we could solve this issue by encoding ballots in a manner that would allow us to trace a specific ballot to a specific voter. No matter what security precautions would be taken, this approach would destroy our right to a secret ballot. Secret ballots are a good thing…especially in today’s cancel culture. Rather than destroy the secret ballot, I believe it we should instead focus upon securing the gate that controls who gets a ballot in the first place. That means we need to secure our voter rolls.

We have two basic options for securing our voter rolls -A) Decentralize the management of our voter rolls and B) Improve the transparency of our voter rolls. These options are not mutually exclusive. I believe that Option A would be most effective, but the 2002 Help America Vote Act (HAVA) encourages the centralization of voter roll databases via financial incentives. This makes it very difficult to convince state governments to push back on federal control of elections and secure our voter rolls via decentralization. Thus, I am compelled to also offer Option B.

Prior to HAVA, local clerks at the municipal level drove the integrity of our voter rolls. State officials would simply monitor these efforts. After HAVA, centralized databases are used by each state to manage the eligible voter rolls. These central databases have effectively flipped the roles of local and state officials. In fact many local clerks lament that fact that their attempts to clean up the voter rolls are routinely overwritten by those with access to this central database. Former Secretary of State and current State Senator Ruth Johnson has estimated that more than 800,000 ineligible voters were added to Michigan’s Qualified Voter File (QVF) prior to the 2020 election. This opens the door to the insertion of over 800,000 fraudulent votes primarily via mail-in ballots especially when signature verification standards were relaxed significantly in an unlawful manner by the current Michigan Secretary of State Jocelyn Benson.

“Free” HAVA dollars are difficult for many election officials to reject regardless of the impact upon election security. In this light, it is imperative that we promote increased transparency regarding the status and manipulation of our voter rolls. We can accomplish this by implementing the following transparency improvements:

These transparency provisions would effectively enable the residents of a given state to police the integrity of their voter rolls and lighten the load of local clerks in that regard.

Voting system manipulation is even more difficult to detect than mail-in ballot stuffing. Electronic voting system vendors ensure that there are stipulations in their contracts with state officials that prohibit any analysis of their voting systems. Couple this fact with the fact that the general public is not allowed to view the digital chain of custody for key election records such as vote tallies and you have an environment that is not very conducive to securing our vote count. So, how do we overcome these obstacles.

Once again, there are two basic approaches to securing this objective.

The best way to secure our vote count is to eliminate electronic voting systems and hand count paper ballots. The certification rigor applied to electronic voting systems does not befit their “critical infrastructure” designation by the federal government. There are numerous security vulnerabilities that most election officials do not have the technical background needed to fully appreciate. Most of the security provisions which have been instituted in law or election manuals are simply attempts at whitewashing these vulnerabilities. Plus, the inability of election observers to monitor data transfers should be a non-starter for any elected official interested in election integrity.

Electronic voting systems need to be eliminated in order for us to have true election integrity. Other nations such as France and the Netherlands have been able to do. America needs to as well. We used to be able to tally our votes by hand. There is no reason we cannot do so again.

If we are unsuccessful in the elimination of electronic voting systems, it is imperative that we improve the ability of the general public to oversee all of the election processes executive by these systems.

“I consider it completely unimportant who in the party will vote, or how; but what is extraordinarily important is this—who will count the votes, and how.”

Today, we have significant oversight gaps when it comes to the tallying of the vote. This needs to change. We can accomplish this by adopting the following transparency provisions:

It is important that we eliminate all veils of secrecy pertaining to the use of electronic voting systems to manage our vote tallies.

Securing our elections can be simple but it is not easy. Take it from a two-term Michigan Senator, politics can be messy. Sadly, the best interests of citizens does not often drive most decisions in government. That is why for each solution I provided two options to achieve the stated objective. Having said that, if both solutions 1 and 2 were implemented with either a or b options, our elections would be significantly more secure. The longer we delay the implementation of these solutions, the longer our elections will be replaced by selections. Selections ignore the voices of our citizens and effectively convert our constitutional republic to a banana republic. There needs to be a sense of urgency to restore some semblance of election integrity. Future generations of Americans depend upon this restoration.

3 thoughts on “Two Keys to Securing Our Elections”