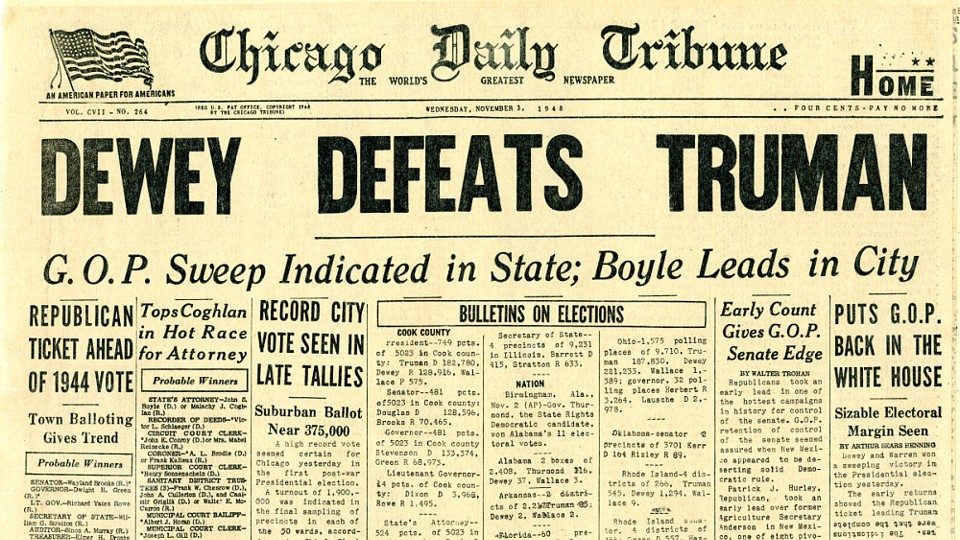 One of Johnny Carson’s regular “bits” on The Tonight Show featured the predictions of Carnac the Magnificent. Carnac would consistently predict the answer to a question sealed in an envelope before his live studio audience.

As it turns out, Carnac the Magnificent is not the only one with predictive skills. Take for example the news team at WWMT in Kalamazoo, MI. On July 24, 2022, they posted the results of the August 2, 2022 election.

The official explanation for such predictions is that it is merely a test page. As someone who has managed my share of websites, this explanation does not pass the sniff test. Most professional organizations perform their final tests on a staging server before rolling to their “production” or “live” web server.

The posting of election results before election day does not tend to provide voters with confidence in the integrity of our elections. Too many of us have witnessed the following scenario unfold in election after election.

If we are to have confidence in our elections, we need significantly more transparency into the aggregation of election night reports than we do now.

Sadly, rather than a push to promote the integrity of our elections through more transparency and decentralized election management, the exact opposite trends are evident.

Instead of pushing election integrity, election officials and activists intent upon subverting election integrity push to make voting easier and more efficient. The latest attempt to do so in Michigan is the so-called “Michigan Right to Voting Policies Amendment”. If adopted by a “vote” of our citizens, it would enshrine the best pathways to election fraud in the Michigan Constitution.

The logical end game for those who seek to make voting easier would be for them to tell you who won the election before you actually voted. What could be easier than letting someone tell you what your vote was?

Did you know that we have had a startling number of such predictions pertaining to elections?

So, as you can see, the posting of election results before election day is not exactly a new thing. It needs to be investigated.

WHERE DO WEBSITES GET THEIR DATA?

In 1964 (coincidentally, the same year that voting machines gained a foothold in America), the leading news organizations formed the News Election Service. The News Election Service would aggregate election results from across the country yielding efficiencies for the media. The form of this organization morphed over the years. The current version is referred to as the News or National Election Pool. This “pool” features all of the major news networks.

Most news organizations get their election results from data feeds provided by either Edison Research (contracted by the National Election Pool) or the Associated Press.

Officially, Edison Research and the Associated Press get their data from a combination of sources as indicated in the following figure posted by Edison Research.

Most election observers, however, boil the source of election night reporting data to one of two sources: Exit Polls and Election Management Systems.

I have not witnessed an exit pollster in years leading me to believe that the primary source of data is election management systems…connected to the internet. Internet connections are extremely vulnerable to hackers attempting to subvert election results.

The official 2020 Michigan Election Results is maintained by the Michigan Secretary of State Jocelyn Benson at mi.gov.

A closer examination of the source code behind the election results website reveals that the source of their election night results is an RSS feed provided by nictusa.com. NICTUSA.com is NOT a .gov site. In other words, it is a private corporation.

Should we be outsourcing the reporting of our elections to a private company not subject to Freedom of Information Action requests or any other semblance of transparency?

WHAT WE CAN DO

Demand access to County and State vote aggregation operations on election night where you can monitor the following:

In other words, poll watchers and poll challengers need to verify the chain of custody regarding the vote tally.

If we are to have reason for faith in the integrity of our election results, government officials need to provide significantly more transparency than we currently have regarding the most fundamental process in our elections…counting our votes.

“one of the most mysterious, low-profile, covert, shadowy, questionable mechanisms of American democracy is the American vote count”

Votescam, 1992 by James and Ken Collier