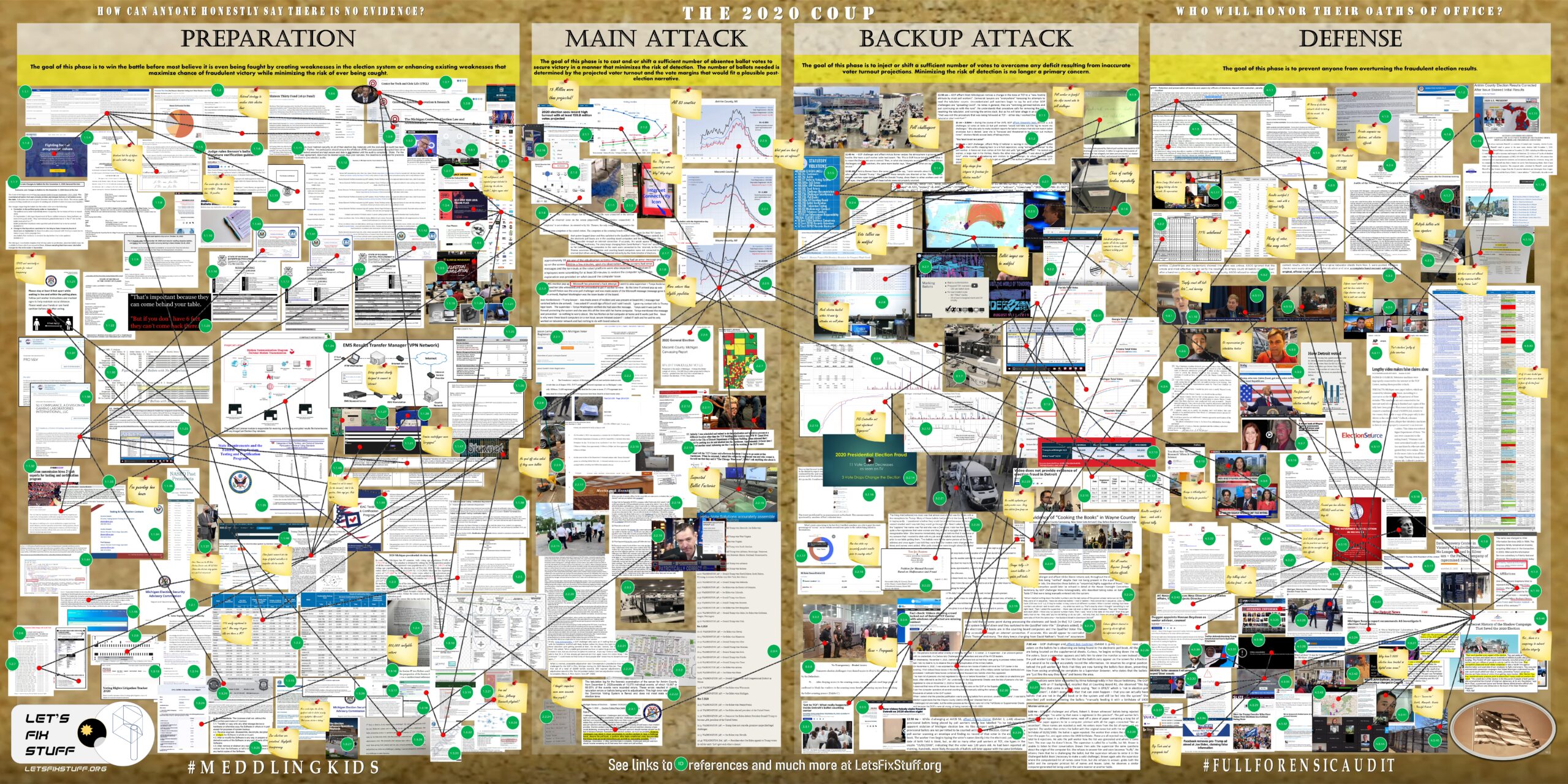 See for yourself. Click on each phase of the coup below. You will be taken to a page that provides a detailed list of evidence portrayed in the wall map as well as a link to that evidence.

Those complicit with the coup have asserted that there was no election fraud and that any evidence to the contrary is “unsubstantiated”. They rarely if ever provide any scholarly rebuttal of any evidence cited. They choose to play the label game rather than the logic game. They call election fraud investigators names rather than engage in any serious discussion of matters.

My fellow #meddlingkids and I have provided you with evidence those complicit with the coup refuse to let you see.

It is now up to you.

Now you have an opportunity to choose for yourself which side of the election fraud debate you fall.

Was it significant enough to overturn the 2020 election results?

If so, what are you going to do about it?

The future of our constitutional republic as well as the free world depends upon your answer to these fundamental questions.