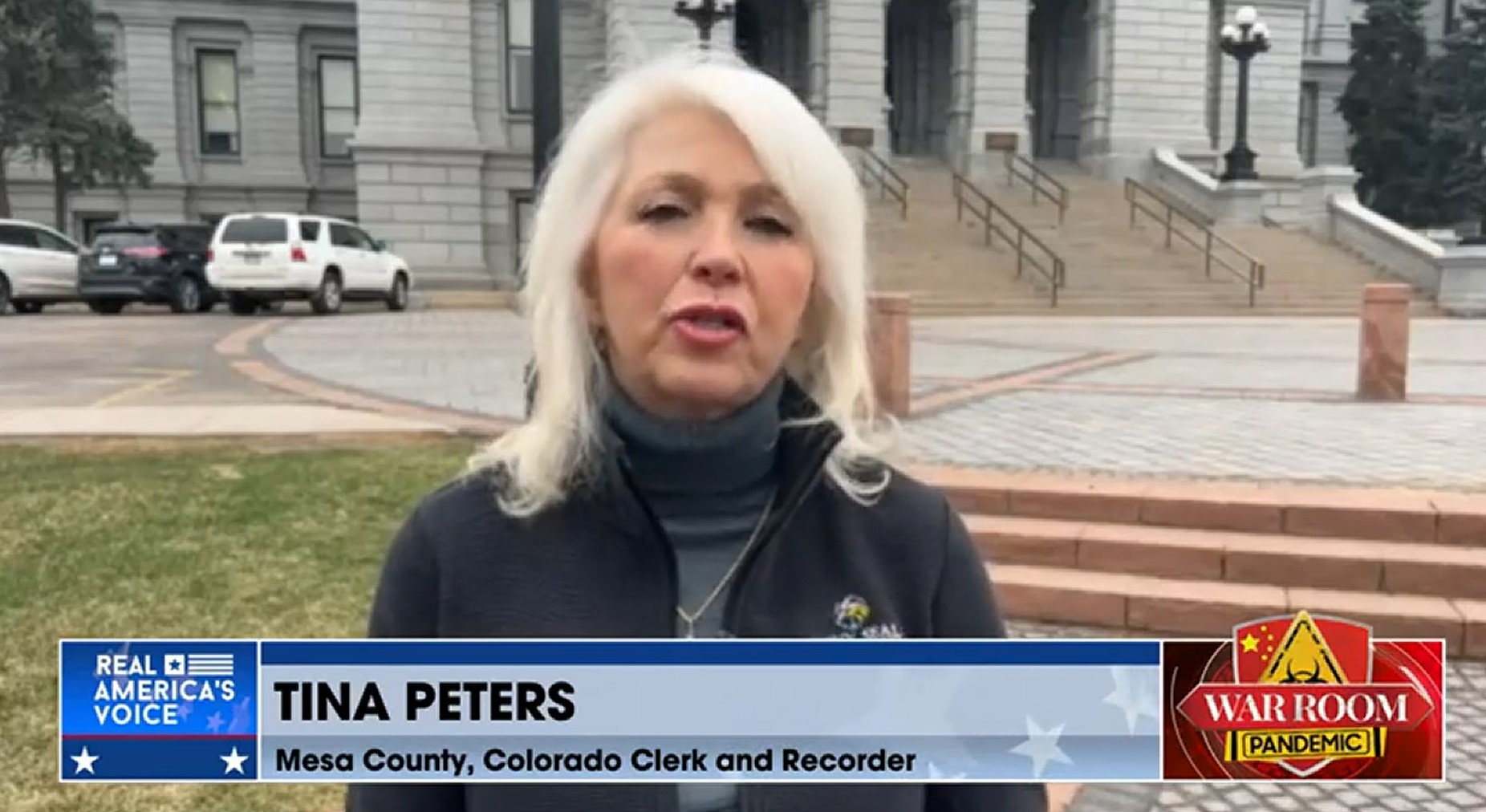 I first met Tina Peters at Mike Lindell’s CyberSymposium in August 2021. At the symposium, I learned that she had taken an image of her Dominion Voting System Democracy Suite v5.11-CO Election Management System before (May 23, 2021) and after (May 26, 2021) Dominion personnel came in to “service” her equipment. Frankly, this is the ONLY way any clerk could reasonably discern whether or not digital election fraud occurred on their watch.

In “appreciation” for her efforts to ensure the integrity of election records under her responsibility, she was indicted on 10 counts related to tampering with voting equipment. Her home was raided by the FBI. She has served time in jail.

We now know why authorities sought to make an example of her. By quietly capturing images of her election equipment before and after it was serviced by Dominion vendor personnel, she exposed that the the “servicing” resulted in the clear destruction of evidence that could be used in an audit of an election. Furthermore, she enabled a detailed forensic analysis of the electronic data from the 2020 general election. This detailed analysis has yielded clear evidence of the manipulation of election results.

The forensic reports are available for your review by clicking on each of the images below.

These reports are fairly technical in nature. My attempt to consolidate the observations found in these reports proceeds below.

The information provided as a results of the data obtained by Mesa County, CO Clerk Tina Peters provides grounds for the decertification of both the 2020 General Election in Mesa County and the 2021 Municipal Election in Grand Junction, CO.

The anomalies observed in Mesa County, CO were similar to those observed elsewhere in the country during the 2020 general election and others. What is unique about Mesa County, CO is that Tina Peters was courageous enough to stand up to significant intimidation from federal authorities and the CO Secretary of State to perform her statutory duties regarding the preservation of the integrity of election records.

Tina Peters is a hero. She is now running to replace the current CO Secretary of State.

There should be an immediate injunction issued regarding the use of Dominion Voting Systems in future elections not simply in CO but also in other states featuring Dominion Voting Systems. The integrity of the voting systems provided by other manufacturers should be immediately reviewed with similar rigor and possibly result in an expanded injunction to include them as well.

I don’t trust computers counting votes. The global elite are slaming everything under the sun to go digital. Once CBDC’s are fully operational, cash will be eliminated, humanity will be a digital slave.
We haven’t had clean voting in Colorado since mail in ballots and computer counting. Think Scott Gessler R brought in mail in ballots. How much did he make on that deal? Until everyone realizes the dems repubs are one in the same, jeeze, 2 party system is found no where in America’s constitution but we allow only that. Time to take Colorado and America back folks! Prayers for Ms Peter’s.
Prayers we can get Jena out of the capital ugh!
Prayers for all the good people of Colorado
This is not the Colorado I grew up in…

Thank you for a detailed summary of the reports.

One question. Why is authorship of these findings conspicuous absent? Please update your article to give credit where credit is due.

“The first two of three Mesa County voting system forensic reports were prepared by Doug Gould, the former Chief Cybersecurity Security Strategist for AT&T. Mr. Gould is considered a foremost expert in the cybersecurity field and holds CISSP and CAS certifications. He is also a faculty member at the World Institute for Security Enhancement. The third Mesa County voting system forensic report was prepared by Jeffrey O’Donnell, a Full Stack software and database developer and analyst, with degrees in Computer Science and Mathematics, and 40 years’ experience in software, database, and analytics for large private sector corporations, and by Dr. Walter C. Daugherity, a computer consultant and Senior Lecturer Emeritus in the Department of Computer Science and Engineering at Texas A&M, earning his Master’s and PhD’s in mathematics from Harvard, attending on a National Science Foundation Prize Fellowship, prior to his 37 years’ experience teaching computer science and engineering, including artificial intelligence, quantum computing, programming and software design, and cyber ethics.”

We used to arrive at a polling station, show our id, and have our name cross checked on a voter roll or registered voters. Since we were present with our ID there was no reason for anyone to second guess if we were who we said we were.

We used to count votes by hand at precinct level and have same day results.

The phrase, “… percent of precincts reporting” was missing from the Election Day coverage. Now we have to wait days and sometimes weeks for the official count, but somehow the media declares the winner the same night — even though votes are still being validated by the signature verifiers and machines.

By automating the elections we’ve turned over participation and responsibility to machines, thereby denying citizens at the precinct level of their ability to run elections and monitor results.

I want to move back to paper records counted at the precinct level and reported to the county. And I want each voter to stick their finger in blue ink that stays on for a few days to show that they voted so they can’t vote again. I also don’t want the media reporting a winner for a precinct until all votes are counted in that precinct.

The ink thing was done in Iraq when they got to vote.

We need birth certificates and handwritten written ballots tabulated by Military personnel in our upcoming elections. The voting machines are rigged and are to easy to manipulate. The left are evil but not stupid they know they have to cheat to win, we have the time to correct our voting process or it will be too late to save Our Country.