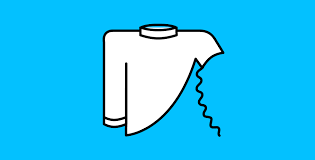 Why is Antrim County even in the news in the first place?

On election night, this traditionally “red” county flipped overwhelmingly to “blue” raising flags among citizens who could attest to an overwhelming majority of Trump signs in front of homes throughout the county. The reported results featured a 3,260 vote margin for “blue” candidate Biden out of a total of 16,047 votes cast. It just didn’t make sense to most political observers.

Why is Antrim County so important to attempts to expose 2020 election fraud?

It helps paint a “3D” picture of the election.

Let’s explore each of these topics.

April 12, 2021: Hearing scheduled to compel recipients of subpoenas to comply with requests.

A total of four unique vote tallies were conducted in Antrim County.

On November 3, the Antrim County Clerk posted that Joe Biden had defeated Donald Trump by 3,260 votes out of a total of 16,047 votes cast.

On November 5, the Antrim County Board of Canvassers posted results that indicated that Donald Trump defeated Joe Biden by 2,494 votes out of a new total of 18,059 votes cast.

On November 21, the Antrim County Board of Canvassers posted the official results that indicated that Donald Trump defeated Joe Biden by 3,788 votes out of a new total of 16,044 votes cast.

On December 17, a hand recount (initially portrayed as an audit) was conducted that revealed that Donald Trump defeated Joe Biden by 3,800 votes out of a new total of 15,962 votes cast.

Between November 3 and December 17, Donald Trump received an additional 5,250 votes while Joe Biden saw a 1,810 vote decrement for a net swing of 7,060 votes.

NOTE: Due to many discrepancies between Halderman Report on Antrim County and his previous assertions regarding electronic voting systems, a much more detailed assessment of this report is planned for a subsequent post.

The Qualified Voter File demonstrates clear evidence that there are over 25% more registered voters than eligible voters. The analysis of Dr. Frank indicates that votes were assigned to ballots in a manner than indicates machine-based algorithms were used thereby invalidating the chain of custody for poll books. The volatility in the number of ballots in four successive recounts indicates insufficient control of ballot chain of custody. The connection of tabulation equipment to the internet demonstrates insufficient control of the vote tally chain of custody. Individually, they would be grounds for the decertification of the election results. Collectively, they demonstrate significant malfeasance and an imperative for the decertification of the election results including down ballot contests.

The term “certification” as it pertains to election results denotes that the election was conducted in accordance with acceptable procedures. Certifications of elections are performed by a Board of Canvassers featuring members of both principle political parties. It is not clear under Michigan election law, but, per the County Board of Canvassers Manual released by the Secretary of State, the purpose of Canvassers is to verify the proper completion of records related to the election.  Another term for the verification of the completion of proper completion of records is “audit”.

While it is unclear in Michigan election law, the “proper completion of records” would seem to more closely align with a procedural audit as opposed to a simple tabulation audit. In this light, any evidence that procedures integral to the preservation of the chain of custody were not “properly completed” would be grounds for decertification of the election results. Furthermore, any evidence that the electronic voting system featured software or hardware which was NOT certified would also be grounds for decertification.

In most states, including Michigan, there are laws on the books which invoke Quo Warranto in case of election fraud or error. In fact, there are recent precedents for the decertification of election results. In Mississippi, Judge Jeff Weill ordered a new election as a result of evidence of fraud and criminal activity in a State Senate race. In New Jersey, Judge Ernest Caposela ordered a new election for city council due to an election that was “rife with mail in vote procedural violations”.

Decertification does not need to proceed through the court system for all races. Under Article II of the United States Constitution, the state legislatures have plenary (i.e. absolute) authority regarding the assignment of Presidential electors.

22 thoughts on “Antrim County: The Thread That Unravels 2020 Election Theft”