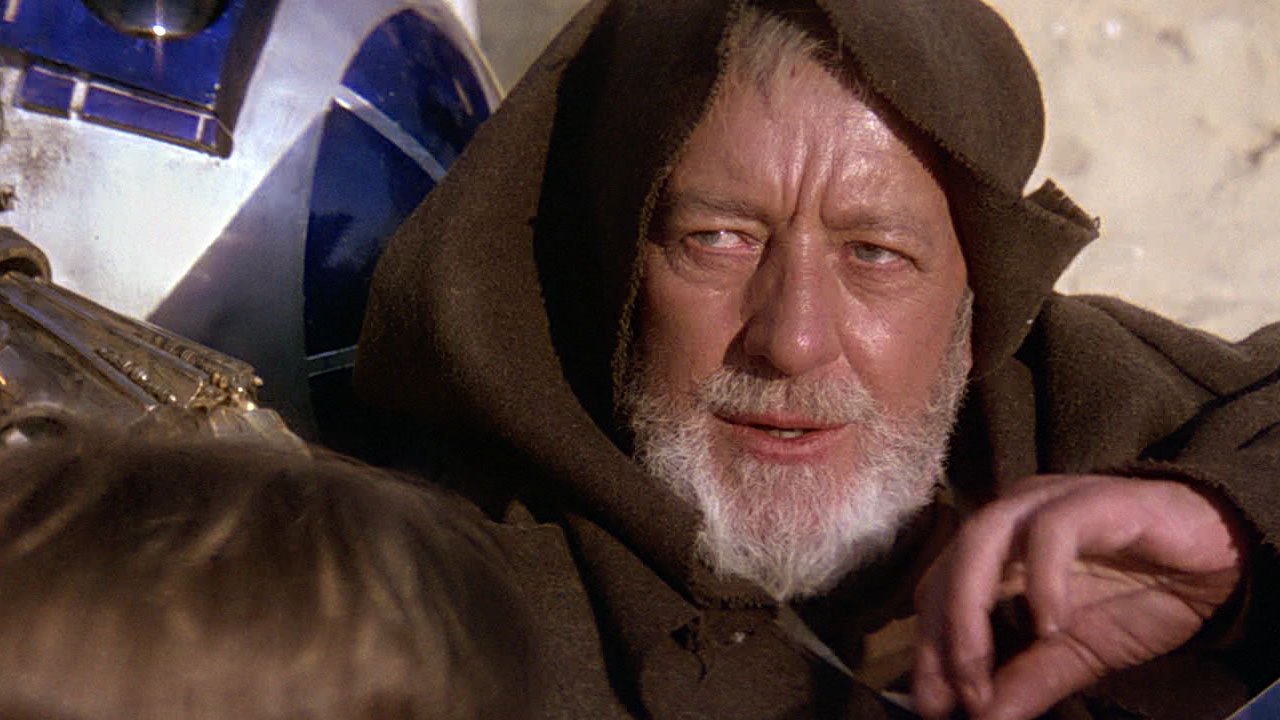 It was a scene so iconic that merely typing the works “these aren’t” into your Google search bar yields links to the Star Wars scene in which Obi Wan uses a Jedi mind trick to convince “weak-minded” stormtroopers that R2D2 and C3PO were not the droids they were looking for.

Antrim County Clerk Sheryl Guy is digging into her own bag of tricks in an attempt to deceive people determined to get to the bottom of what truly caused a 5,754 vote flip from Donald Trump to Joe Biden in the 2020 election.

First, her office was caught by an ASOG Security Analysis which showed evidence of attempts to modify and delete security logs.

She later confirmed that she was responsible for these attempts to modify the election record chain of custody.

Then, she attempted to dismiss a lawsuit in which she was named a material witness. Judge Kevin Elsenheimer immediately reinstated the case.

Now, Clerk Guy is attempting to reset the software configuration.

The proposed purpose of the “re-installation” is to ensure the voting system is running software “Certified for Use” by the Secretary of State of Michigan. Ostensibly, the software installation proposal is part of the preparation for their May 4, 2021 election. Sounds like something that should have been done BEFORE the November 3, 2020 election, doesn’t it? This action begs the question, what components of the current software configuration do not comply with the configuration “certified” by the State of Michigan?

Why would “non-certified” software components be of concern?

Granted, weak-minded people like the Stormtroopers on patrol in Star Wars would not find actions of the Antrim County Clerk Sheryl Guy concerning at all. In fact, according to “mainstream media outlets”, “this is not the evidence you are looking for”.

For the rest of us still convinced that 2+2=4, however, these transparent attempts to cover the audit trail for the 2020 election in the midst of a lawsuit are indeed cause for grave concern.

Good questions by the commissioners, but many more questions remain and need to be asked. Sheryl admitted the many election problems were her mistakes, and that she wasn’t adequately trained for this specific situation. After watching this, I think I can piece together the actual mistakes she made both before and after the election.

Her first mistake was not correctly handling the late ballot changes before the election in 2 precincts. She didn’t verify that late software updates would work for all precincts. When the problem showed up on election night, she tried to rush through a solution instead of carefully analyzing the ballots and hand-counting them before publishing results (yes it would have taken longer, but that would have been the right thing). She also confirmed that she directed the actions herself of deleting files off the machines after the election (another big mistake). The latest huge mistake is attempting to remove the case from the docket without requesting permission from the judge.

She may not have intentionally tried to commit election fraud, but she made (and continues to make) so many big “mistakes” that I would seriously question her competency and fit for the role as county clerk. Her defensive responses to the commissioner’s simple, calmly asked questions is worrisome. Again, I don’t believe she understands the process or the technology well enough to be knowingly complicit, but she could very easily be used as a “tool” by those who are in the know.

I would still love to get answers to these remaining questions:

My advice to the board of commissioners would be to deny the Clerk’s request to remove the hard drive or make any modifications of the machine in question. Instead, for the May election, do not use any electronic equipment at all – go with only physical ballots, hand-counted. Someone alluded to the fact that it would be fine for a county the size of Antrim, and especially for a local election.

What’s the legislators doing to fix this

The Michigan swamp runs deep on both sides. Has been this way for many decades. Our legacy of ineffective, flat out bad leadership is probably 50 years (plus) and running.

Makes me wonder just how long we have been hoodwinked by illegal election interference.

Was this not the place where the third-party came in to study the dominion machines on a Sunday and someone was caught trying to go into the building ahead of time but was stopped and they knew where the main frame was that was hidden in somebody’s drawer?

I’m in a discussion re 2020 election…does anyone know…were there tons more adjudications than in 2016? On a radio show I believe Ramsland said it was around 25%…is that about right? Is someone investigating how the adjudication AND security logs were deleted?

Antrim didn’t use electronic adjudication in 2020, so those files (i.e. ballot images and logs) didn’t exist to be deleted. They should exist in other counties though, like Wayne, Macomb, and Kent. Security logs should NEVER be deleted however. I hope someone will investigate that in every single county that used these machines. Gather local support and start planning how to do this in your county. I am starting to do this for Kent county.

What I believe is the smoking gun for Antrim County, MI is the first hand recount done on November 21, 2020. Yes, there were two hand recounts. They had to do a second one to give the appearance that there was only a minor correction of 12 votes on the original machine count. Not the case at all from what we saw in the forensics report. What shows up in the first recount is vote switching in many of the precincts. Joe Biden was given President Trump’s votes when they exceeded his votes. President Trump was given Jorgensen’s votes. Biden’s original votes simply disappeared then appear in the hand count. This happened in 9 of the 16 County Township precincts. The numbers match this exactly in 7 of those 9 precincts. The other 2 are off by just 1 vote. In 2 of the other 7 precincts there were large errors also in Biden’s favor but this vote switching didn’t occur. Of the other 5 precincts 3 had no errors and 2 had errors of 2 votes each. The Antrim County original machine totals had Biden 7,760 and President Trump 4,509. After the hand recount President Trump had 9,759 to Biden’s 5,959. President Trump gained 5,250 votes and Biden lost 1,810. A swing of 7,060 votes. But the vote switching clearly shows election fraud with a program being run that assigned the greater vote total to Biden and President Trump getting only Jorgensen’s votes in each of those 9 precincts and some other method of vote stealing used in the other 2 precincts. In those 9 precincts President Trump’s original vote totals ranged from 3 to 19 and his gains were from 194 up to 734. A second machine count was then run which was close to the first hand recount. A second hand recount was done to coverup this one and the first machine tally.

Shirly is an obvious liar and need to go to JAIL!!!!

When do we stand up as Millions and stop the trampling of our constitution? How why when? Now seems like a good time.

Last edited 1 year ago by greg every
0

I love your tenacity Patrick. Please keep up the fight as this cannot stand. Let me know if you need any help, legwork anything. Everyday more unchecked bad behavior by the ‘administration’ and the DNC. SCOTUS lack of supporting rule of law and the Constitution is scary.

OK I’ll go for life in prison for tampering in any way with elections. Ahh, start with the blue haired Grandma’s unless they saying like a canary

Sorry….but the Instant this knucklehead said SHE TRUST DOMINION….I have ZERO trust in another word from her lips!! Why was she SO FAR FROM CAMERA? Didn’t want us to SEE (when she lied on tape? Just Askin). A bureaucrat is a bureaucrat!!! Doesn’t matter the party!!!

Show us the damn game tapes/machine reports and physical ballots for inspection.

It’s the law. Or hide and lie.

Arrest for obstruction of justice. As a constitute of the United States of America we have a legal right to investigate fraud and protect the evidence.