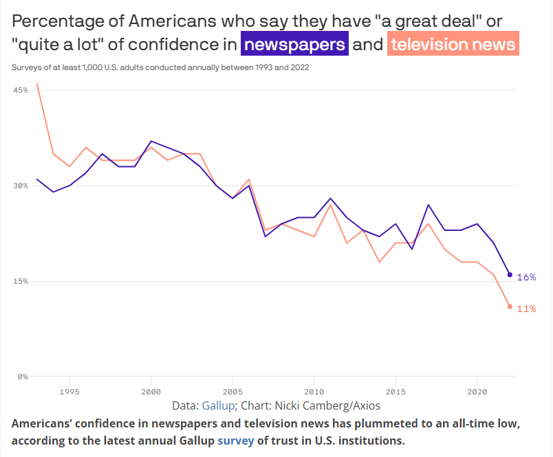 In the weeks shortly after the November 3, 2020 election, it became clear that our legislators, law enforcement, and our court system as a whole were tone deaf to citizens who asserted and, in many cases, witnessed election fraud. Keep in mind, legislators and most judges are elected. In a fair election, they are only elected if they earn the support of the majority of Americans. If the majority of Americans are parroting the media narrative that the “2020 election was the most secure election in American history”, it would be political suicide for them to assert or even entertain the notion that it wasn’t.

GOOD NEWS: There appears to be a change in the political winds as we head into the 2022 election.

A recent report from Rasmussen declares:

Not only do a significant number of likely voters believe that the 2022 election results will be impacted by election fraud, a 52% majority of Americans (including a staggering 30% of Democrats) believe that the outcome of the 2020 presidential election was affected by cheating.

How does that happen when the media is pushing the narrative that the “2020 election was the most secure election in American history.”

Simple. Americans have lost trust in the media.

In a recent poll by Gallup, only Congress is less trusted than television news.

So where are citizens getting their information if it is not from newspapers or television news? The following poll provides some insights.

No wonder they want citizens in lockdowns and have released the censorship police on popular social media platforms.

We are finally winning in the court of public opinion! How is that?

In today’s America, informed citizens are increasingly relying upon fellow informed citizens for their information. You may find that you have become the best source of information for your network of family, friends and neighbors. Don’t let them down. Do your own research. Once you do, you will find those news sources that have earned your trust and those which have not.

HINT: Any news source that does not provide you with access to the raw source data (e.g. whitepaper, website, video) upon which they base their assertions is not a good source of information.

Patrick, thank you for another insightful article. I appreciate the work you put into keeping fresh content on this site.