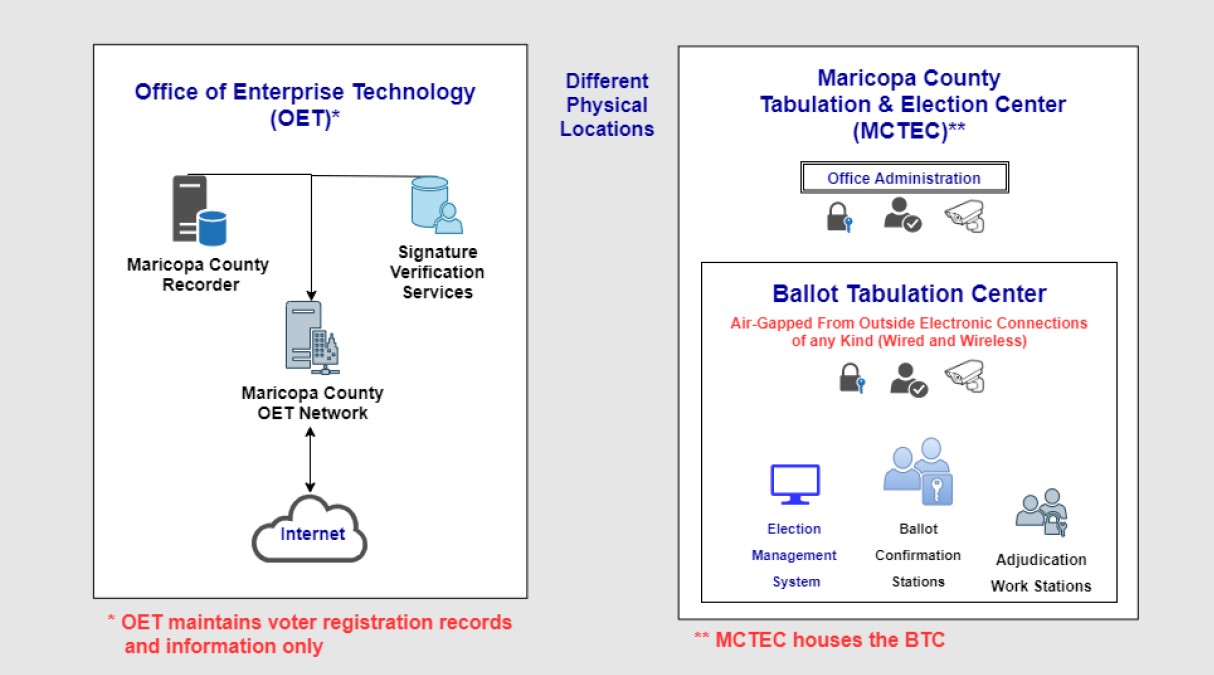 You may recall how the Maricopa County officials refused to provide routers or splunk logs to the AZ Senate audit team. After various court actions, the Arizona Senate and Maricopa County came to an agreement that they would jointly designate a “Special Master” to review and answer certain questions posed by the AZ State Senate relating to the conduct of the 2020 general election.

The questions posed are as follows:

The report was based upon a definition of the “County Network” as represented in the following diagram.

In this diagram, there are two different systems which comprise the “election network” according to the report authors. The first system is the Office of Enterprise Technology (OET). It hosts the voter registration records including original registration forms with the voter’s signature and other information. The second system is the Maricopa County Tabulation and Election Center (MCTEC) and the Ballot Tabulation Center (BTC). The BTC is a supposedly “air gapped” subset of the MCTEC.

In summary, they concluded that since there were no BTC routers or managed devices, there was no “public internet” connection and therefore no information worth capturing related to Splunk logs.

Their use of these terms begs a few follow-up questions.

…and that’s just for starters.

The Special Master report is remarkable in its lack of details. It appears that they are attempting to play the same word games in this report that are used by vendors to convince election officials that their systems are “air gapped”. The authors of the report appear to be focused upon assuaging the letter of the questions asked as opposed to assuaging the security concerns behind the questions. Without receiving answers to the recommended follow-up questions, I do not believe it is reasonable to conclude that there were no connections to the internet – public or private.