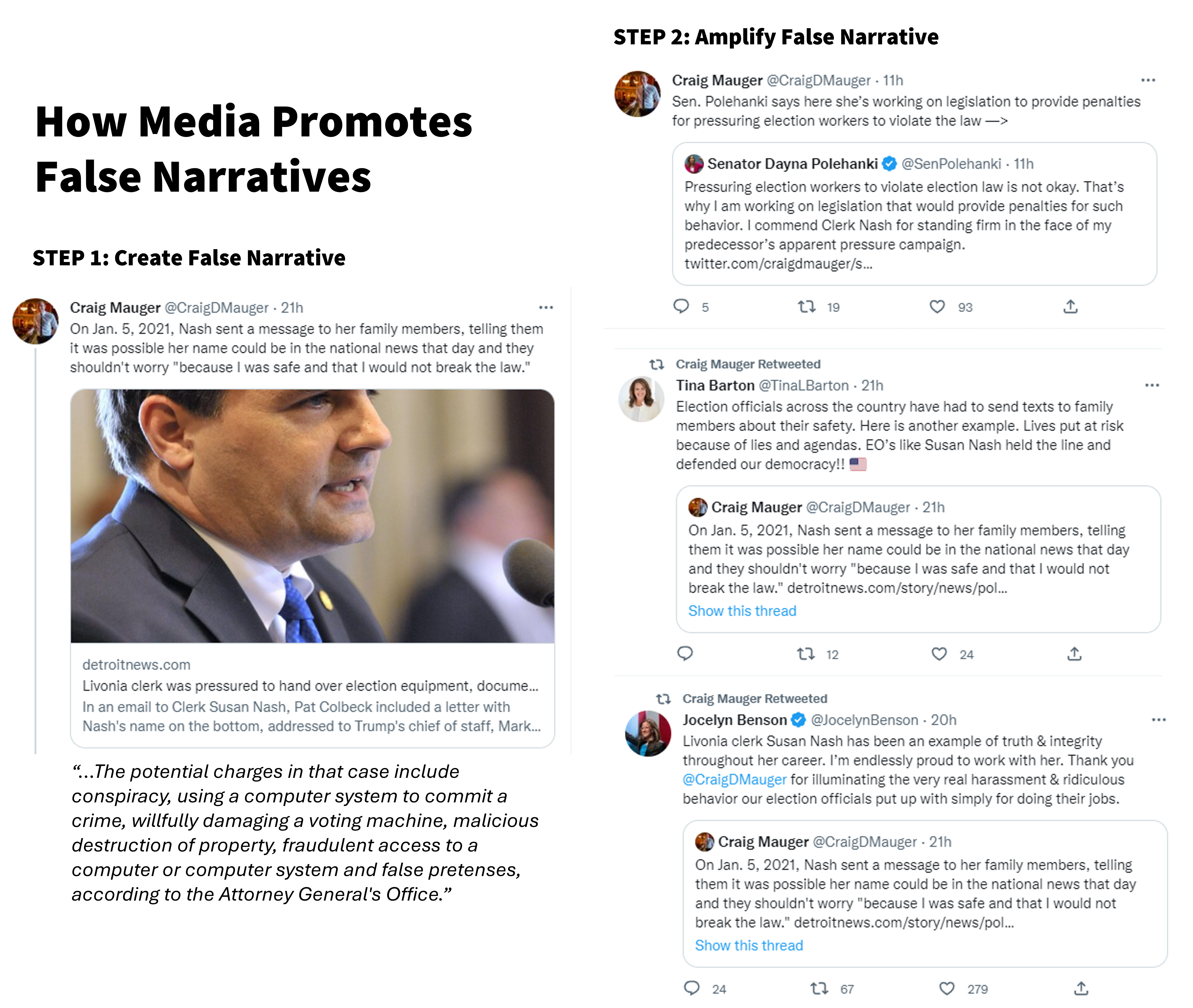 According to Wikipedia, the term “gaslighting” is defined as follows:

A case in point is a December 9, 2022 article by Craig Mauger of the Detroit News.

If reported factually, the story would highlight the following facts:

Instead, the article engages in gaslighting by painting the following picture:

“”This was the first time I felt threatened in any way during all of this,” Nash told the Attorney General’s office.”

“…The potential charges in that case include conspiracy, using a computer system to commit a crime, willfully damaging a voting machine, malicious destruction of property, fraudulent access to a computer or computer system and false pretenses, according to the Attorney General’s Office.”

Upon publishing, the word went out to those politically aligned with the author to amplify the gaslight narrative on social media.

What the Detroit News article fails to mention is the following:

It certainly seems as if the purpose of the article by Craig Mauger of the Detroit News was to neutralize the leading advocate for election fraud investigations in the State of Michigan. Rules for Radicals author Saul Alinsky would certainly applaud his efforts:

13. “Pick the target, freeze it, personalize it, and polarize it.” Cut off the support network and isolate the target from sympathy. Go after people and not institutions; people hurt faster than institutions.

There is a lingering question that deserves to be asked…Was Mauger acting on his own or was he directed by someone else to take up this charge?

Gaslight narratives by the media are an abuse of their protections under the First Amendment. These narratives enable the media to convict someone in the court of public opinion with impunity. Rather than secure the sacred principles embodied in our Constitution, such media tactics resemble the principles exhibited by ruthless, communist regimes.

“Show me the man and I’ll show you the crime”

Lavrentiy Beria, the most ruthless and longest-serving secret police chief in Joseph Stalin’s reign of terror in Russia and Eastern Europe

These tactics need to be exposed. Thankfully, recent news stories regarding the #TwitterFiles and Hunter Biden’s laptops are starting to expose the agenda of all too many “reporters” like Craig Mauger in the media.