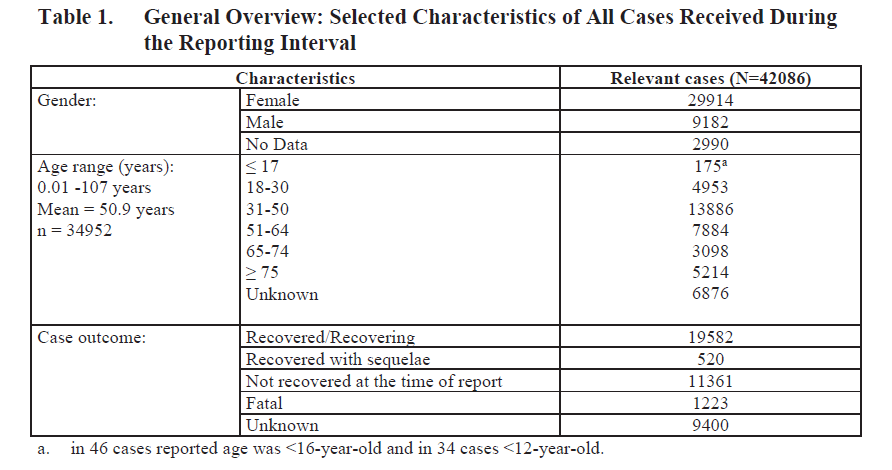 SOURCE: Special note of appreciation goes out to Public Health and Medical Professionals for Transparency, Gal Shalev and Dave at X22 Report for bringing this information to the public.

In 1976, the Swine Flu vaccine was halted after being connected to 32 deaths. According to the CDC, COVID “vaccines” have thus far been connected to the deaths of 10,128 people.

The Pfizer mRNA-based vaccine was approved by the FDA on August 23, 2021 for individuals 16 years and older. An organization called the Public Health and Medical Professionals for Transparency filed a Freedom of Information Act (FOIA) request with the FDA to obtain the analyses which formed the basis of this authorization.

The FDA requested that the information requested via FOIA be kept confidential for 55 years. The plaintiff requested that all 350,000 pages would be released by March 3, 2022. The judge responded with an order to release the documents. The initial release of information has already revealed significant findings.

Among the findings from the first document release is that Pfizer and FDA documents assert that 1,227 deaths were connected to the Pfizer “vaccine”….well above the 32 that shut down the Swine Flu vaccine in 1976.

The number of Adverse Events (AE) recorded (actual number likely to be higher) was over 42,000. 1 in 37 of these events resulted in death. This is an extraordinarily high rate of death.

Additionally, despite assertions that the vaccine was safe for pregnant mothers and their babies, there were 270 cases of spontaneous abortions connected to the vaccine.

What happened when Gal Shalev attempted to share this important factual information on Twitter? He was de-platformed by Twitter. Good thing that Dave at X22 Report had already captured screenshots of his posts prior to Gal being de-platformed.

Yet some people still don’t understand the extent of the censorship on this topic and many others that should be featured prominently in the public square.

What happened when a grieving father attempted to raise money to promote awareness of the risks associated with the Pfizer vaccine? He was also de-platformed…this time by GoFundMe.

But surely, medical professionals who took the Hippocratic Oath to “Do no harm” would sound the alarms about any concerns with the vaccine, wouldn’t they? Some have. The Public Health and Medical Professionals for Transparency is a testament to these professionals. Unfortunately, not all medical professionals are in favor of such transparency…including those able to revoke board certification and medical licenses for any physician providing robust information to their patients about the vaccines.

Not a very satisfactory state of affairs within the medical establishment.

COVID-19 is deadly. It not only kills people, it also kills scientific integrity, medical ethics and free speech.