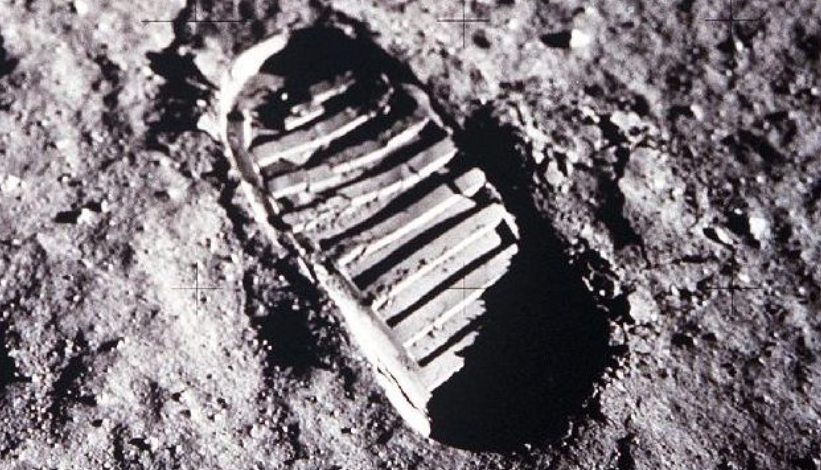 On July 20, 1969, Neil Armstrong became the first man to walk on the surface of the moon. On August 25, 2012, Neil Armstrong left our earthly bonds for the heavens once more. His departure reminds us of an era when we not only set big goals, we accomplished them.

When the Soviet Union launched Sputnik in 1957, it was a wake up call for America. Our Cold War enemy owned the skies over our country and we were unable to do anything about it. We were the most prosperous nation in the world, yet our prestige took it on the chin from a tiny satellite. Sputnik woke us up.

Thankfully, President Kennedy revved us up. In 1961, he issued a challenge for our entire nation…” I believe that this nation should commit itself to achieving the goal, before this decade is out, of landing a man on the Moon and returning him safely to the Earth.” He issued this challenge “not because it was easy, but because it was hard”. We responded in true American style – with success.

The success of the Apollo Program truly did not come easy. There were monumental risks of all kinds. Our failures were numerous and very public. They were also heartbreaking as was the case with the loss of the Apollo 1 crew. The Apollo Program touched the hearts of all Americans as it tapped into our salient yearnings to push past the problems we face today and seek a better tomorrow.

In contrast, the prime directive of our government today is to preserve the status quo, not launch into new frontiers. Our government today has paralyzed America by suppressing the belief that there is any greatness within us as individuals. Many of today’s leaders believe that they know how to run our lives better than we do. The dramatic increase in the size and scope of our government has fostered dependence not independence in a vain attempt to eliminate all risk and discomfort from our lives. The Apollo Program, on the other hand, was evidence that the best successes in life, the ones that are remembered with pride throughout the ages, are not easy…they are hard. Success is born of blisters not bluster.

It is remarkable to note that, in today’s America, the promotion of innovation is more of a slogan than a way of life. We should all realize that the preservation of the status quo is antithetical to the concept of innovation. Innovation is born of risk. Many of the hardships or challenges that we face in life are what provide the motivation and insights that result in innovation. Eliminate risk and you eliminate innovation.

The Soviet Union was famous for its central planning. Government elites would prepare elaborate plans dictating the path that all of its citizens needed to follow. America took a different approach. We championed the unalienable right to liberty in our pursuits of happiness. Freedom is the key to blazing new trails. In the Space Race, as in all other worthy endeavors, freedom wins.

So as we reflect upon what is arguably the crowning technical achievement of our nation, let us not forget that Neil Armstrong’s trip to the Moon was only one “small step” on our journey as Americans. I believe it is time for us to come together and pursue the greatness that lies within each and every one of us. It is time to make some more footprints.