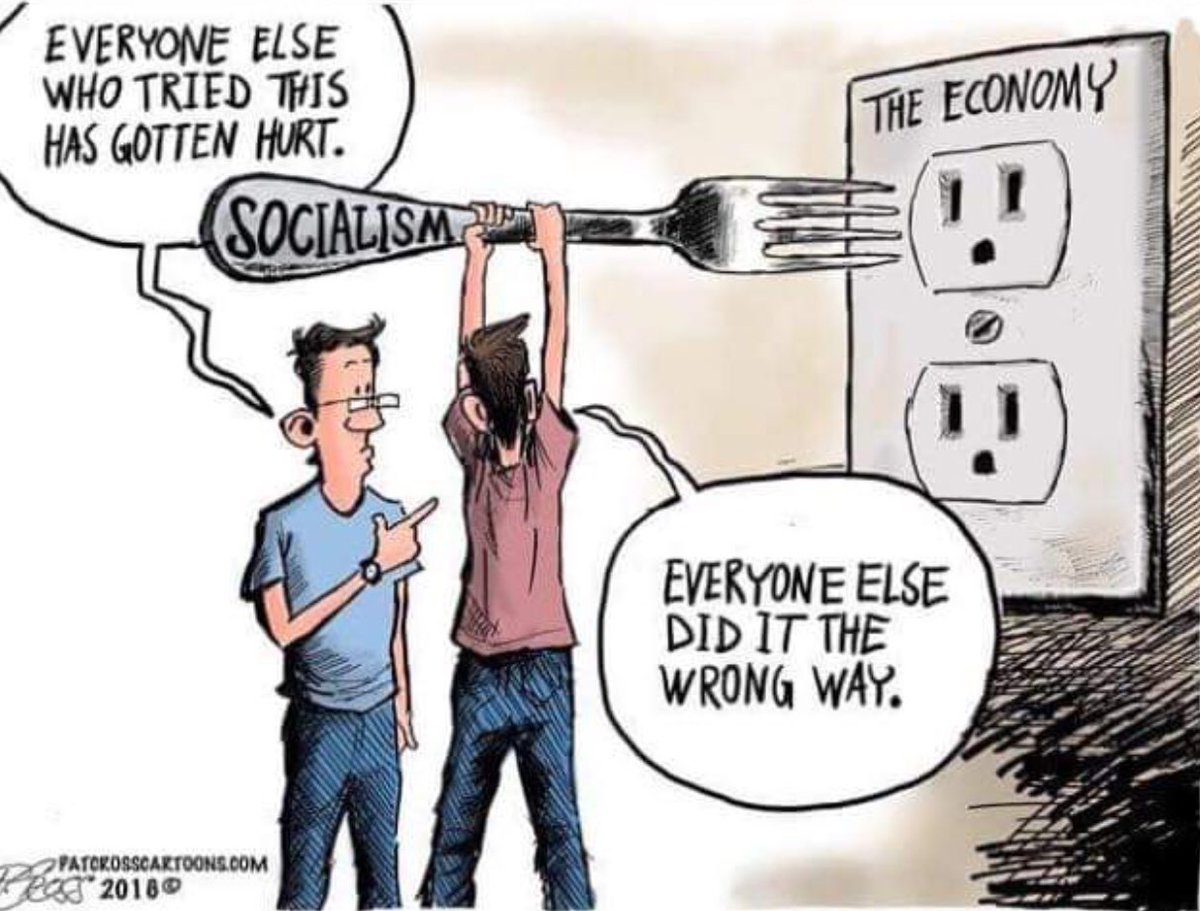 1) After standing by for weeks where they did nothing except enable Governor Whitmer’s abuse of our civil rights when they granted her “Emergency Powers”, the MI Senate Republican Leadership actually put together a proposal of their own.

2) The proposal includes some semblance of a logical, problem-solving framework

7) The proposal “is a proposed template that may be refined and improved over time” (ie. It can be changed).

1) The proposal does nothing to curb the egregious trampling of our Constitutional rights. In fact, and I’m sure this is simply an oversight rather than a reflection of their attentiveness to the social compact they swore an oath to support, the word Constitution does not appear in their proposal ONCE. The fact remains that the Emergency Powers statute exercised by Governor Whitmer is subordinate to the provisions of our Constitution. It does NOT supplant these provisions.

2) The proposal promotes a vision of a “new normal” society that enables a progressive political ideology whereby the government not the people dictates their freedoms and rights,

4) The proposal is devoid of any attempt to regulate the policy response to COVID-19 in a manner that is proportional to the risk of death from COVID-19 versus other infectious diseases such as the common flu.

5) The proposal is devoid of any consideration of the fact that there are countries with significant less deaths due to COVID-19 than Michigan (despite having the same or greater population) who have managed to avoid adopting a “new normal” that shuts down business and leisure activity.

7) The business provisions of the proposal continue arbitrary and capricious restrictions upon business operations. Presumably, if a business fails to comply with these restrictions, their business license would be revoked. This action would be consistent with the “administrative action” threatened by Governor Whitmer in her letter to physicians who prescribed Hydroxychloroquine treatments for COVID-19 patients.

8) The citizen provisions of the proposal dictate restrictions upon the behavior of individual citizens. Presumably, failure to comply with these restrictions would still result in misdemeanor offenses.

11) There was no evidence or basis presented for how the risk of death varies between gatherings of 50 people or 100 people or 250 people. Nor is there any reasoning provided as to why social distancing guidelines could not be practiced in large gatherings.

12) Testing is not even discussed until Phase 3 yet data that would drive the transitions from Phase 1 to Phase 2 to Phase 3 depends upon accurate test data. This begs the question…why is there no emphasis upon widespread and accurate voluntary testing?

14) The proposal does nothing to address supply chain issues regarding Personal Protection Equipment, treatments and other critical resources.

15) While the proposal devotes significant content to steps people can take to protect others from spreading COVID-19, it does not address any measures individuals can take to protect themselves. Masks and social distancing mitigate the risk of spreading the disease to others, but there is no attention to prophylactic treatments or regimens for individuals in consultation with physicians. If drugs such as Plaquenil could be taken safely by Vietnam Veterans throughout their tours of duty to prevent malaria, surely it or a similar regimen could be taken as a preventative for COVID-19. If there are cheap effective treatments such as Hydroxychloroquine-based Plaquenil, we mitigate the need for expensive vaccines which may never materialize.

16) The proposal does nothing to address fundamental questions of many citizens such as where can I get tested? Where can I get treatment? Michigan is filled with so-called “test centers” that don’t actually test citizens for COVID-19 unless they are symptomatic. If people are to self-quarantine as encouraged in the MI Senate Leadership proposal, they need to know if they are carrying COVID-19. If people are symptomatic, they need to know where they can go to receive effective treatment without putting other people with other illnesses at increased risk of contracting COVID-19.

17) The proposal promotes “geographic differentiation” as a means of dividing the state into regions able to open and those required to stay closed. This may be an effective near-term political solution for elected officials representing areas with little or no evidence of COVID-19, but it merely empowers a divide and conquer disenfranchisement of our civil liberties. It allows residents of one region to breath a sigh of relief as they resume their “new normal” while others continue to have their freedoms infringed upon. The dangers of this philosophy are exposed in the words of a poem attributed to German Pastor Martin Niemoller in the aftermath of World War II. He observed…

“First they came for the socialists, and I did not speak out—
Because I was not a socialist.

Then they came for the Jews, and I did not speak out—
Because I was not a Jew.

Then they came for me—and there was no one left to speak for me.”

The MI Senate Republican Leadership’s Open Michigan Safely Proposal is promoting not inhibiting Governor Whitmer’s “new normal” doctrine. This doctrine attempts to supplant inalienable rights of individuals with rights and obligations dictated by government. If this doctrine is allowed to remain, the “fundamental transformation of America” sought by socialists like Barack Obama will have been achieved.

The truly sad part about the overall response by Republican leadership in the MI Senate and in the House is that they witnessed Governor Whitmer driving our beloved state under the influence of politics the first time they tossed her the keys to the Emergency Powers Act. Rather than rein her in, they threw her the keys yet again. The Open Michigan Safely Proposal issued by the MI Senate Republican Leadership gives me no confidence that they won’t throw her the keys yet again before May 1st.

As I often say, it is not fair nor is it productive to critique another’s proposal without providing a viable alternative. In this spirit, I would like to offer what I refer to as an Evidence-Driven Solution to COVID-19. I have provided this alternative in the form of a legislative resolution which, unlike the Open Michigan Safely Proposal, could be put up for a vote immediately if there were the political will to do so.

Whereas the government of Sweden has kept their nation of 10.1 million people open for business yet has experienced less COVID-19 fatalities than Michigan with its population of 10 million people

Whereas we still do not have statistically significant data regarding the spread of COVID-19. In particular, we do not know how many people have COVID-19 yet are asymptomatic thereby resulting in a potentially inflated infection rate and fatality rate. In addition, there is evidence that there are patients who die with flu-like symptoms whose cause of death is being classified as COVID-19 without any proof that such was the case thereby resulting in a potentially inflated fatality rate.

Resolved that the Governor be directed to respond to COVID-19 in a manner proportional to the measures taken to address other causes of death.

Resolved that the Governor and legislature will work with epidemiological experts to develop and deploy a plan for COVID-19 testing that yields a statistically significant measure of the infection rate and fatality rate for COVID-19 throughout the state of Michigan.

Resolved that the Governor and legislature work together at resolving supply chain issues related to the availability of Personal Protection Equipment (PPE), test kits, promising treatments of symptomatic individuals such as Hydroxychloroquine plus Z-pack and Zinc, and promising prophylactic treatments such as Plaquenil.

Resolved that the Governor and legislature will work together to ensure that PPE, test kits, promising symptomatic treatments, and promising prophylactic treatments are made available to our citizens at little to no cost

Resolved that the Governor and legislature work together to mitigate our dependence on other entities and stockpile critical resources needed to effectively address future epidemics.

Resolved that the Governor and legislature work together to protect people of Michigan from future risk of overtaxing our healthcare system from future healthcare crises by permanently repealing Michigan’s Certificate of Need law.

Resolved that religion, morality and knowledge are essential to good governance and should be encouraged by re-opening of our schools in order to promote the education of our students.