The “Freedom is Slavery” Language Trend Continues in America 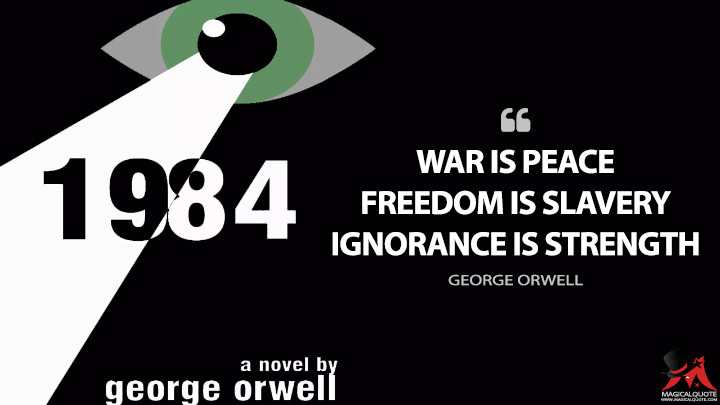 On Tuesday, June 15th, the U.S. Supreme Court issued their opinion in the Bostock vs Clayton County case. In this case, the plaintiffs assert that employers who fire them for being gay or transgender violate Title VII of the Civil Rights Act of 1964 which prohibits discrimination on the basis of sex.The entire court case boils down to the definition of the word “sex”.

Does “sex” refer to the over 64 terms for “gender” now prevalent in popular culture or is the term “sex” reserved for the scientific designation of male and female?Homosexuality and transgenderism clearly existed in society at the time of the passage of the 1964 Civil Rights Act. If the legislature had intended for “sex” to include the “64 terms for gender” including homosexuality and transgenderism, it would have been included in the text of the act. It was not. The U.S. Supreme Court, however, is attempting to apply “white out” to the actual text of the 1964 Civil Rights act and insert their own correction.

Article I Section 1 of the U.S. Constitution clearly states “All legislative Powers herein granted shall be vested in a Congress of the United States, which shall consist of a Senate and House of Representatives.”

ALL legislative powers are vested in the legislature NOT the judicial branch.

When I served in the Michigan legislature, hundreds of bills were introduced to clarify language within existing statute. The same is true of the U.S. Congress. Revision of statute is clearly the sole purview of the legislative branch not the judicial branch. The judicial branch has been granted no authority to revise statute. ZERO. Yet that is exactly what they are attempting to do with this opinion.

Even the majority opinion written by Justice Gorsuch recognizes that their action was not in accordance with normal confines of court opinion when he stated the following:“This Court normally interprets a statute in accord with the ordinary public meaning of its terms at the time of its enactment. After all, only the words on the page constitute the law adopted by Congress and approved by the President. If judges could add to, remodel, update, or detract from old statutory terms inspired only by extratextual sources and our own imaginations, we would risk amending statutes outside the legislative process reserved for the people’s representatives.”

Nevertheless, they persisted in amending statute outside the legislative process reserved for the people’s representatives.

The bottom line is that COVID-19 is not the only contagion spreading through our society. So is the complete disregard for the rule of law. It is evident in “CHAZ”. It is evident in the increasing attacks upon law enforcement. In the wake of the Bostock ruling, it is now evident that this contagion has even infected the highest court in the land.